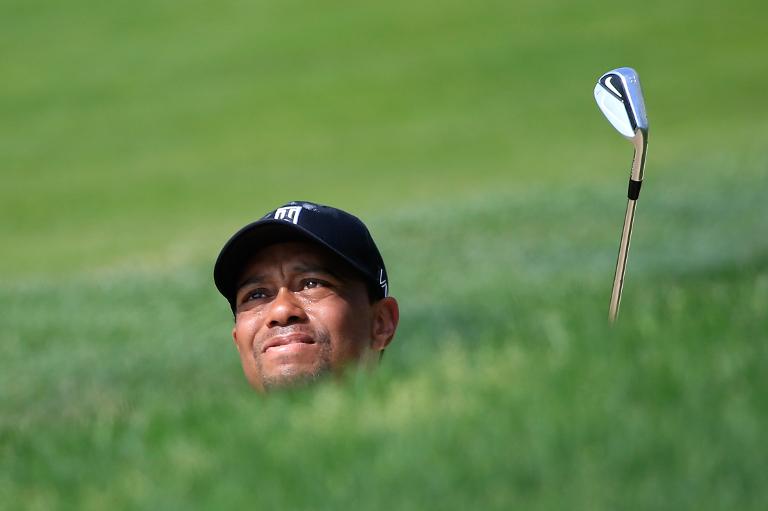 Tiger Woods insists he’s making progress, reinventing his game for what seems like the umpteenth time, but the 85 he shot at The Memorial last weekend seems to indicate otherwise.

“I have had times like this in my life where I’ve gone through these periods,” said Woods. “But you just have to fight through it.

“I am committed to what I am doing and committed to the changes and once I start to snowball and start getting more solidified then that is when things start coming together.”

The 14-time major winner Woods, who will turn 40 in December, started working with swing coach Chris Como seven months ago and has been trying to implement several swing changes to his game.

But it has been a much more difficult learning curve than he anticipated as it seems that for every step Woods takes forward, he takes two backwards.

Woods heads into next week’s 115th US Open after having endured the worst round of his career at Muirfield Village when he shot a 13-over-par 85 before closing with a 74. He completed four rounds in last place at 14-over 302.

He also endured playing as a single and having to remove his own flagsticks while his caddie was busy raking bunkers that had swallowed up Woods’s errant approach shots.

To add insult to injury, on Monday Woods officially fell to 181st in the world rankings and he is 196th place in FedEx Cup playoff points.

The 85 he shot at The Memorial is 20 strokes off his best career round at a US Open which he shot in 2000 at Pebble Beach when he recorded the first of his three US Open triumphs. He also won in 2002 and 2008.

His best finish this year was 17th at The Masters. He has teed it up just five times in the 2015 season, including a withdrawal from the Farmers Insurance Open in February with back problems.

Woods’ 15-stroke win at the 2000 US Open stands as the largest margin of victory in tournament history. His 2008 US Open win at Torrey Pines was achieved on one good leg and remains the last Grand Slam victory he can hang his hat on.

Despite the Memorial meltdown, Woods says his game is headed in the right direction.

“You can call it progression, baseline shifts, you can call it any terms you want, but what it is is that I am taking it step by step above the game plan we have and we have formulated for me to get better and get back to where I want to be in the game of golf.”

His low world ranking means he is not eligible for the WGC-Bridgestone Invitational in August and he needs to improve to 125 or better in order to play in the FedEx playoff events.

“Now I just need to get my ranking up high enough so I can get into some of these events and continue playing.

“I think I have won the Firestone eight times and I am not in that event. I need to obviously start playing a little bit better to get into that event and then to get into the playoffs. That’s not guaranteed.”

Woods played a round earlier this month at Chambers Bay, a new untested course, located 50 kilometres (30 miles) southwest of Seattle.

He took more than nine hours to finish 18 holes as he took his time to study the links-style layout and then said it lived up to its reputation as a sturdy test.

“It is very challenging,” said Woods. “I have seen footage of the US Amateur there. They had 300-plus rounds the first two days of the qualifier and three guys shot under par. That’s how it can play.”

Former PGA Tour player Notah Begay believes Woods can reinvent himself as long as he stays healthy and remains hungry for wins.

“I do think players can reinvent themselves. They have to,” said Begay. “Because it is a way to maintain a certain type of motivational focus that is required to play the game at the highest level.

“I think the challenge here is motivation. Seventy-nine times he’s won, 14 majors, he beat everybody, everywhere around the world and it is tough to find the motivation to get up and go out and do it again.

Woods knows that ultimately it’s about convincing himself.

“I got a lot of work ahead of me. I’m looking forward to it,” he said.