Spieth has ace up his sleeve for US OpenÂ Â | Newsmobile
Wednesday, August 17, 2022 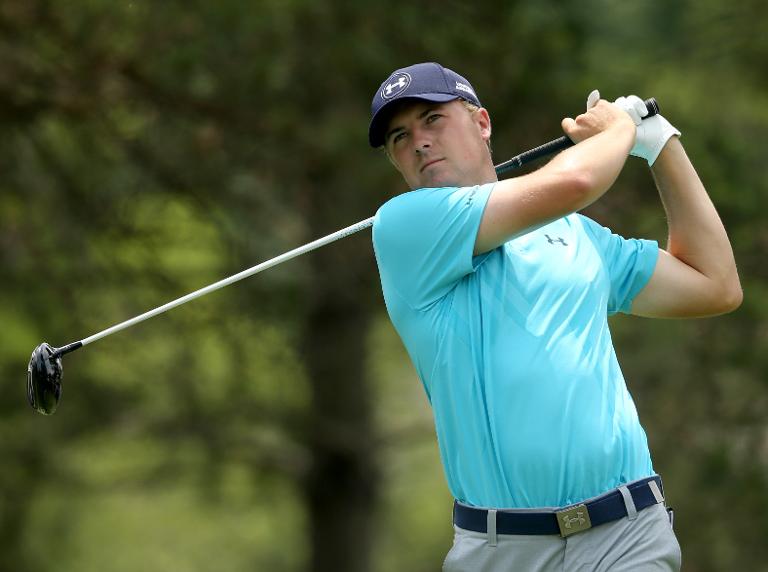 World No. 1 Rory McIlroy will be chasing his second US Open title in five years next week, but standing in his way is Masters champ Jordan Spieth, who believes he has an edge over his rivals.

The 115th US Open begins Thursday at the links-style Chambers Bay Golf Club which is hosting its first major championship so few of the players can say they have spent considerable time on the course.

And that goes for world number two Spieth, who claimed the first Grand Slam of the season when he won The Masters in April.

While Chambers Bay will be a mystery to all but a handful of the players, Spieth does have an ace up his sleeve — his caddie, Michael Greller, worked at Chambers Bay before carrying Spieth’s bag on the PGA Tour.

“Michael told me some shots that I needed to get ready for Chambers,” said Spieth, who played the course once before at the US Amateur in 2012. “He walked it a couple of times a few weeks ago.

“I need a shot I can trust from the runoff areas. The greens are massive, so controlling your speed on these longer putts, you are not going to be able to feed it into a lot of these pins.”

Spieth, 21, has played 16 PGA Tour events this season and along with his two victories he has three runner-ups and nine top ten finishes.

That might be music to the ears of McIlroy as he is the reigning British Open champion and is coming off a victory at the Wells Fargo event in his last US outing in May.

McIlroy has played seven US PGA Tour events this season, winning two of his last three, but he missed the cut at his last event in European PGA Championship at Wentworth.

Sandwiched between his wins at the Wells Fargo and the WGC-Cadillac Match Play is a tie for eighth at The Players Championship. He has had five top 10 finishes and missed one cut at The Honda Classic.

Like most of the field, he doesn’t know what Chambers Bay will deliver.

That includes both Phil Mickelson and Tiger Woods, who will need all the extra help he can get after shooting a career-high 85 at The Memorial last week.

Woods played a round at Chambers Bay earlier this month, taking more than nine hours to finish 18 holes as he took his time to study the layout.

“It is very challenging,” said Woods, who finished dead last at 14-over-par 302 at The Memorial.

His win came two months after his triumph at the Players Championship, earning him wins on both Mother’s Day and Father’s Day.

Kaymer has missed the cut in three of his last five USPGA Tour events so he is hoping that defending another major will give his game the kick start it needs.

“If you win one major, it is almost like a career goal,” said Kaymer, who also won the 2010 PGA Championship at Whistling Straits which is similar in style to Chambers Bay.

“But to win two, it is proof to yourself you can do it again. Obviously there are a few more tournaments I would like to win in my career.”

Mickelson has finished runner-up a record six times at the US Open so he would like nothing more than to get a win at Chambers Bay and finally complete his career Grand Slam.

American Mickelson won the British Open at Muirfield in 2013 so he’s is hoping to get some of that links magic back on home soil.