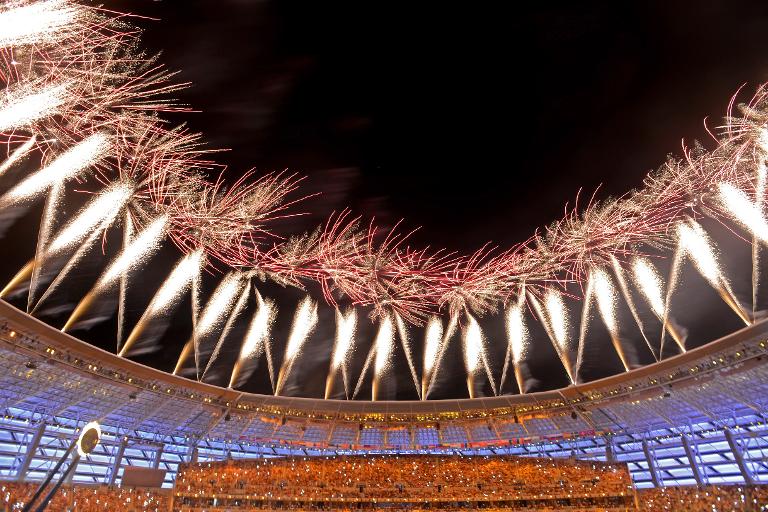 No expense was spared — pop diva Lady Gaga being the surprise headline attraction — by the organisers which saw it cost more than double that of the 2012 Olympic Games in London which had a budget of $42 million.

Whereas the London organisers deployed 10,000 performers, the Baku spectacular used 2000 and the former lasted four hours — including a mock up of Queen Elizabeth II parachuting out of a helicopter with fiction’s most famous secret agent James Bond — while the European Games show was half that time.

“100 million manats were spent on the opening ceremony of the European Games,” said Rahimov at the The Baku European Games Organising Committee (BEGOC) press conference.

“The opening ceremony showed off the work carried out over the last 2 years. The general opinion of the ceremony is positive.”

Following the critical success of the ceremony the hosts enjoyed a successful opening day at the Games, winning several medals.

President Ilham Aliyev was on hand to present the gold medal to Rusal Chunayev in the 71 kilogrammes category of the Greco Roman wrestling competition.

Energy-rich Azerbaijan has pumped vast resources into hosting the first edition of the European Games sporting extravaganza which runs from June 12-28, building state-of-the-art facilities in a bid to burnish its image.

But international and local rights activists have hoped that the glitzy event will draw attention to the widespread abuses in the tightly-controlled ex-Soviet state.

The criticism has prompted an angry reaction from President Aliyev’s government, which dismissed the activists’ claims as a Western-orchestrated smear campaign.