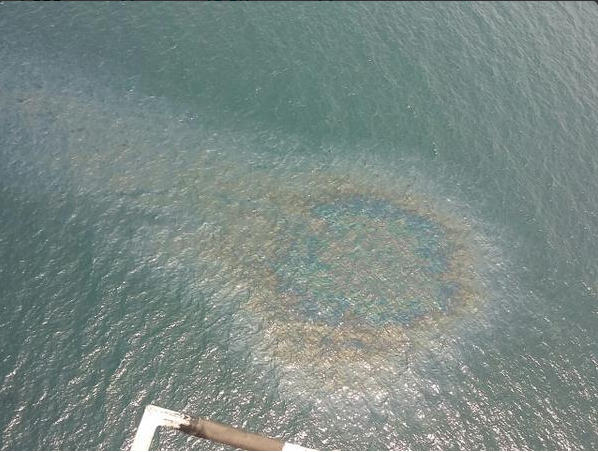 New Delhi: After five days of thorough search, a Navy ship managed to trace down beacon signals from what is likely to be a Dornier aircraft that went missing off the coast of ChennaiÂ on MondayÂ with three crew members on board.

INS Sandhayak picked up the signals south of Puducherry, between Port Novo and Karaikal, close to where the Coast Guard’s aircraft is said to have disappeared.

“INS Sandhyak undertaking sub-surface search, detected intermittent transmission of 37.5 Khz, likely to be from the Sonar Locator Beacon (SLB) of the missing aircraft,” a statement from the Defence Ministry statedÂ on Saturday.

It also said that “a multi-coloured sheen of oil in concentric circles was sighted which indicated oozing of oil,” adding that the “sample of oil has been sent to the laboratory for analysis.

EarlierÂ on Thursday, test reports had found no trace of aviation fuel in water samples from a suspected oil spill in the sea.

Coast guard aircraft Dornier took off from ChennaiÂ on MondayÂ evening on a routine surveillance flight and was last tracked 16 km east off Chidambaram coast by radar in Trichy at9:23 pm.