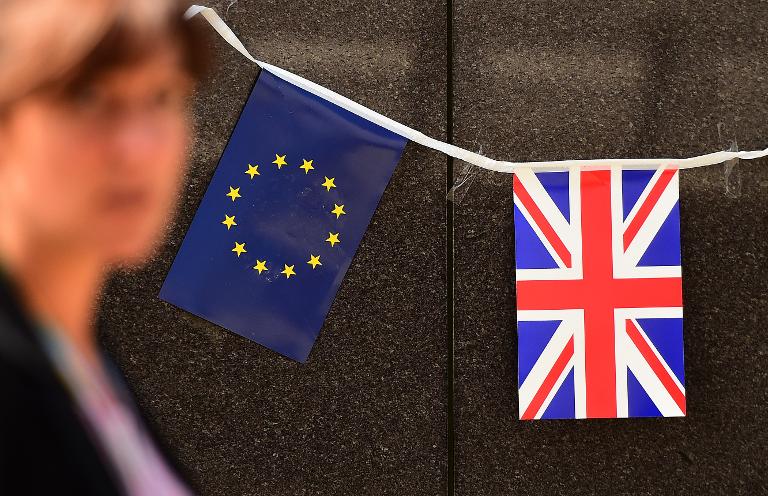 Standard & Poor’s said Friday it switched to negative the outlook on Britain’s top AAA credit rating due to the government’s decision to hold a referendum on whether to stay in the European Union.

“We believe that the UK government’s decision to hold a referendum on EU membership by 2017 indicates that economic policymaking could be at risk of being more exposed to party politics than we had previously anticipated,” the credit ratings agency said in a statement.

It recalled it had lowered the US’s sovereign rating in 2011, when sharp political disagreements between Democrats and Republicans nearly pushed the country into default.

Legislation paving the way for Britain’s referendum on leaving the EU crossed its first hurdle in parliament earlier this week, but Prime Minister David Cameron’s Conservative party is deeply divided on the issue and holds only a narrow majority in parliament.

The referendum was a campaign promise in last month’s election. The prime minister backs Britain’s continuing membership in the EU, but dozens of MPs look set to support leaving.

Comments by Cameron this week triggered a row about whether ministers in his government would have to resign if they did not campaign for Britain to remain in Europe.

“A possible UK departure from the EU also raises questions about the financing of the economy’s large twin deficits and high short-term external debt,” said Standard and Poor’s.

“We are therefore revising the outlook to negative from stable and affirming the ‘AAA/A-1+’ ratings on the UK,” it added.

Despite austerity measures that Cameron introduced during his first term in office at the head of a Conservative-Liberal Democrat coalition government, Britain has yet to bring its budget back into balance and begin to cut its debt.

The deficit remains stubbornly high, at 5.2 percent of GDP in the 2014-2015 fiscal year, well above the EU limit of three percent and debt stands at almost 90 percent of gross domestic product (GDP), according to the Maastricht criteria, comparable with other EU countries.

Standard and Poor’s put it at 83 percent of GDP this year, which it noted is slightly higher than that of the US at 80 percent and is the most elevated among all AAA rated sovereigns.

The ratings agency said the Conservative government might also have a difficult time trying to negotiate a better deal with the EU while also working on a constitutional settlement to devolve wide-ranging powers to Scotland.

“We find these objectives ambitious and (they) may well take precedence over other policy imperatives, such as how to address the supply bottlenecks in UK infrastructure and in the housing market,” it said.

Standard and Poor’s also said it believes “there are important risks to the UK’s longer-term economic prospects should it leave the EU.”

It noted that Britain’s investment to GDP ratio is the lowest among AAA-rated countries, which increases the importance of the fact it has been attracting relatively high rates of foreign direct investments.

Most of these go into the financial services sector, which could take a knock if Britain leaves the EU.

“Whereas we believe that London will remain an important European financial centre even in the case of an EU exit, investment decisions by financial firms in the future in favour of other destinations could depress growth and fiscal performance,” Standard and Poor’s warned.