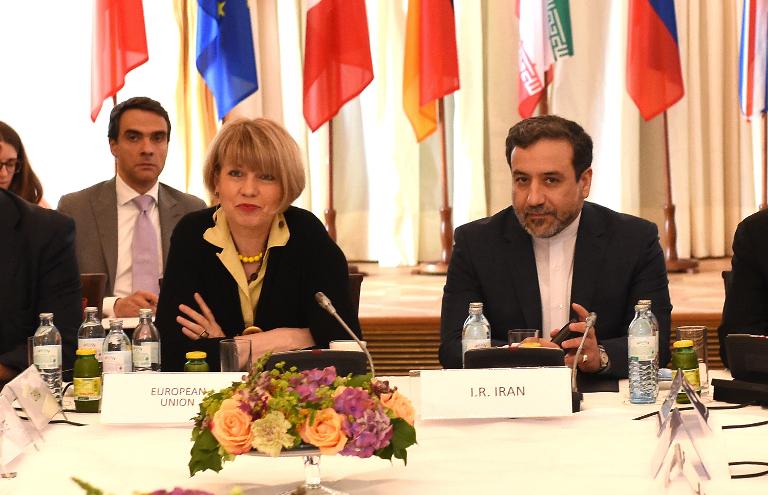 Russia’s negotiator has described a “very worrying” slowdown in progress in nuclear talks between Iran and six major powers ahead of a June 30 deadline to finalise a historic accord.

Sergei Ryabkov’s remarks on Friday came as US Secretary of State John Kerry said upon his release from hospital after breaking his leg that he would soon head to Vienna in a bid to seal the deal after the outlines of an agreement were reached in April.

“The rate of progress… is progressively slowing down,” Ryabkov was quoted as saying by RIA Novosti as he arrived for the latest round of talks in Vienna.

“This is very worrying to us because there is very little time before the deadline and we urgently need to enter the final stage.”

Another Russian agency, ITAR-TASS, quoted a diplomatic source as saying that the talks — which were ongoing late Friday — are “practically stuck. There is a risk that the deadline will be extended again”.

In April, Iran and the five permanent members of the UN Security Council plus Germany agreed to the outlines of a deal aimed at ending the decade-old standoff over Iran’s nuclear programme.

According to this framework, due to be finalised by June 30, Iran will dramatically scale down its nuclear activities in order to render any dash to making nuclear weapons all but impossible.

In Washington, State Department spokesman Jeffrey Rathke on Friday admitted the talks were proving “complicated”, but nonetheless said the United States believes a deal can still be reached by the end of the month.

“We remain of the view that it’s possible… to conclude the talks by June 30th. That remains our focus,” Rathke told reporters.

Kerry told reporters in Boston on Friday that he would be “absolutely fully and totally engaged in those talks” and would “press forward at this critical moment”.

The 71-year-old broke his right femur on May 31 in a fall on his bicycle in the French Alps during a working visit to Geneva for talks with his Iranian counterpart Mohammad Javad Zarif on Tehran’s nuclear programme.

He was flown home and underwent surgery in Boston on June 2.

French Foreign Minister Laurent Fabius, seen as something of a hawk in the talks, said Thursday that the issue of tighter UN inspections of Iran’s remaining facilities after the mooted deal was not yet sewn up.

“If we want to be sure that the accord is solid we need to be able to inspect the sites… We don’t yet have this certainty. This is one of the points we are discussing,” Fabius told French media.

“The agreement needs to be verifiable, solid, robust and right now we don’t have such a guarantee.”

Under the hoped-for deal the UN nuclear watchdog, the International Atomic Energy Agency (IAEA), would keep even closer tabs on Iran.

Iran though is uneasy about this since it would potentially include the IAEA going to sites — including military ones — where it suspects undeclared nuclear activity might be taking place.

Other sticking points are thought to be the procedure for handling possible deal violations and an IAEA probe into allegations of past Iranian efforts to develop a nuclear weapon.

The six powers have said they will only lift sanctions once Iran has taken certain steps and want to retain the ability to “snap back” sanctions if the Islamic republic breaks the agreement.

“Each word of this instrument is being discussed and sometimes quarrelled on,” he said. “There are differences but work moves forward.”

Meanwhile on Thursday it emerged that authorities in Switzerland and Austria — which have hosted most of the past 18 months of talks — were investigating possible spying on the negotiations.

The Swiss attorney general’s office said it launched a probe on May 6 and conducted a raid six days later, seizing computer equipment, due to “suspicion of illegal intelligence services operating in Switzerland”.

Israel, widely assumed to have nuclear weapons itself and which has major misgivings about the mooted deal, denied any involvement.