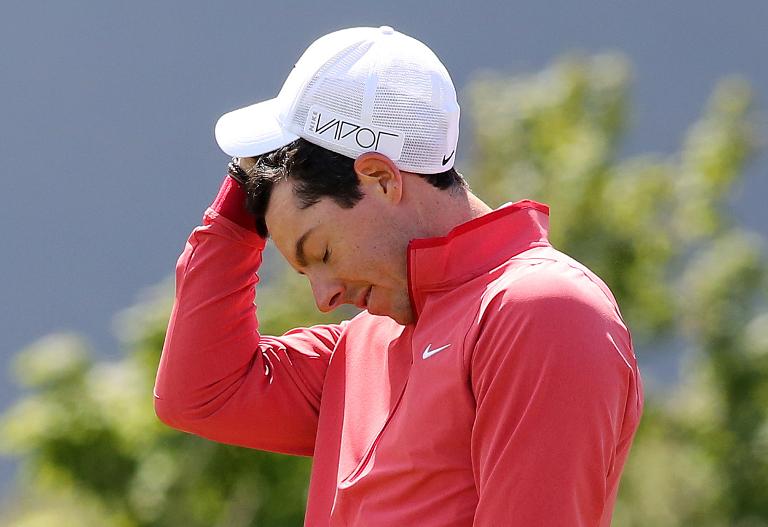 Rory McIlory gets acquainted with Chambers Bay golf course on Saturday ahead of next week’s US Open confident that some time away from the game will have done him a power of good.

The world number one won the Wells Fargo tournament in Charlotte in mid-May on the back of a superb 61 in the third round.

But oddly he followed that up by returning to Europe and enduring back-to-back missed cuts at the BMW PGA Championship and at the Irish Open on home turf.

His antidote for those blips in his recent form was to take a break.

“I didn’t touch a golf club last week. I had played five weeks in a row, and mentally, I was ready to have a little break,” McIlroy said at the PGA Championship media day at Whistling Straits where he stopped off en route for the Pacific Northwest and the year’s second major.

“I just got away from it, did some other things I enjoy, got back to Florida on Sunday and started to practice.

“Gearing up for the second major of the year, and my game is feeling in really great shape and I feel like I can have another summer not too dissimilar to last year.

The reference to last year concerned McIlroy’s back-to-back major wins at the British Open and the PGA Championship, taking his haul of major titles to four at the age of 25 (he is now 26).

A win at Chambers Bay on June 21 would put him level with the likes of Seve Ballesteros, Phil Mickelson and Byron Nelson on the all-time list and would further fuel the debate over whether he can chase down the top two – Tiger Woods with 14 and Jack Nicklaus with 18.

McIlroy, however, refuses to get drawn into any predictions

“If I set myself a target, and I don’t get there, but I still have one of the best careers of all time, does that mean I’m a failure?”

More to the point, he insists, is how best to play Chambers Bay, south of Seattle which is hosting the US Open for the first time and is something of a mystery for most of the 156-strong field, McIlroy included.

“It’s a bit of an unknown for everyone. From what I’ve heard, it’s going to be sort of different,” he said.

“At the end of the day, I’m competing against the same players I’ve been able to beat before. Hopefully, I get there again.”

After the US Open, McIlroy is playing two courses he knows well for majors, with the British Open headed to St. Andrews and the PGA at Whistling Straits. He will be the defending champion at both

“They were courses I played well on, course I had fond memories of,” he said.

“Maybe you put a little bit more pressure on yourself for those, but over the course of the season, I build myself up for those four big ones. I feel like I still have three good chances to add to my major tally.”