Home World No "Fear Factor" for this Dreamliner 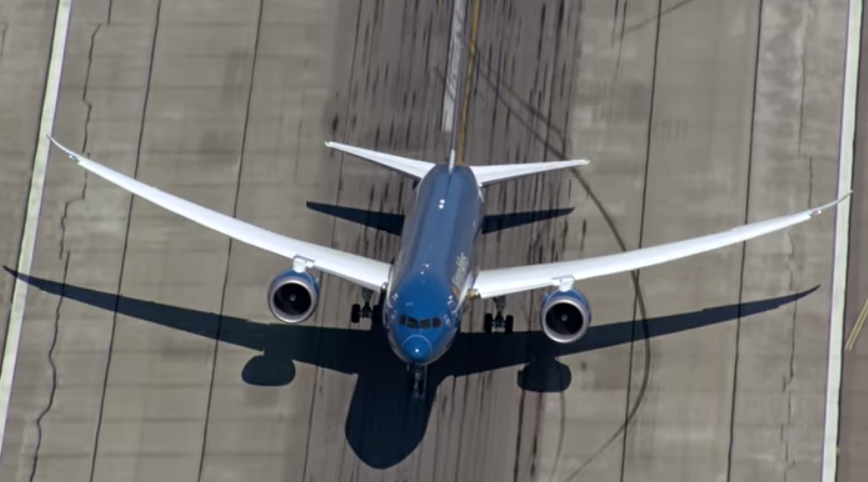 On Thursday, Boeing released a spectacular video, showing its flagship 787-9 Dreamliner performing a near-vertical take-off and then some really great gliding and swerving movements before returning to the ground.

The manoeuver depicted in the video are actually rehearsals for the upcoming Paris Air Show â€“ which takes place from June 15-21 â€“ where Boeingâ€™s expert crew will be doing some superb flying.

It is not uncommon for commercial airliners to be used during air shows, though their performances are perhaps less well known than those of fighter jets and smaller, stunt aircraft.

The Boeing 787-9 Dreamliner is a big bird The plane can carry 280 passengers, has a nearly 200-foot (about 60-meter) wingspan and is over 200 feet in length. It’s smaller than a 747, but you still might expect it to be a lumbering creature, raising itself into the air in a gentle arc.

The 787 Dreamliner has a state-of-the-art flight deck and is designed as a fuel-efficient aircraft. Most importantly, the aircraft is said to be light-weight and is thus capable of performing swift manoeuvers.

The Boeing video goes on to feature some sharp aerial moves with tight turns and sweeping speed. However, the takeoff remains the star of the show.

Chances are pilots won’t need to pull off such a dramatic maneuver in regular service, but it’s fun to know the jet is capable of pushing passengers’ guts into their spines if it wants to.