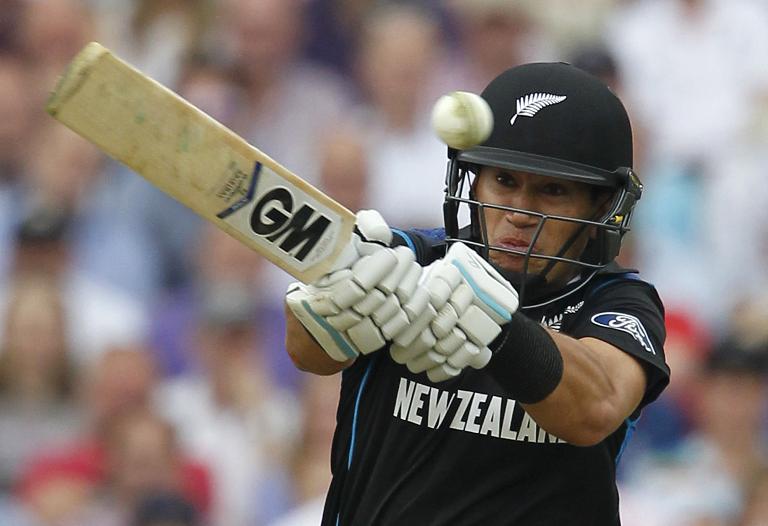 New Zealand beat England by 13 runs under the Duckworth/Lewis method to win the second one-day international at The Oval on Friday and leave the five-match series all square at 1-1.

New Zealand piled up 398 for five — the highest total England had conceded at this level — with Ross Taylor (119 not out) and Kane Williamson (93) putting on 121 for the third wicket.

England, who had themselves compiled a national record 408 for nine in a 210-run win in the series opener at Edgbaston on Tuesday by 210 runs, saw skipper Eoin Morgan make a quickfire 88.

But with England 345 for seven, rain stopped play.

When the match resumed, England needed 34 to win off 13 balls to reach a revised target of 379 in 46 overs and this proved just beyond them as they finished on 365 for nine.

The series continues at Southampton on Sunday.