Murray gets Mauresmo boost ahead of Wimbledon | Newsmobile
Tuesday, June 28, 2022

Home Sports Murray gets Mauresmo boost ahead of Wimbledon 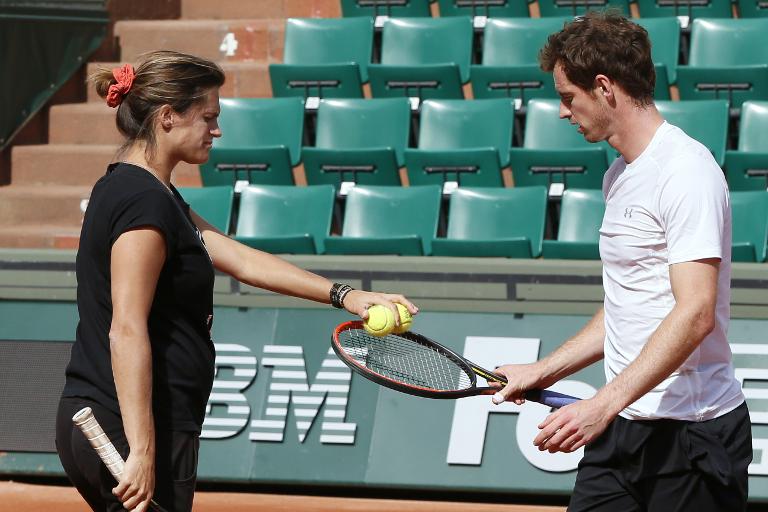 Andy Murray has been handed a pre-Wimbledon boost after revealing his pregnant coach Amelie Mauresmo will remain part of the world number three’s team at the All England Club.

Murray had feared Mauresmo would miss the entire grass-court campaign after the Frenchwoman announced earlier this year that she was expecting a child in August.

The 28-year-old Scot has already signed up Jonas Bjorkman to take over for the heavily pregnant Mauresmo and the Swedish coach will work with Murray during the Wimbledon warm-up event at Queen’s Club in west London next week.

Murray had expected that arrangement to continue through Wimbledon, which gets under way on June 29.

But the 2013 Wimbledon champion said on Saturday the 35-year-old Mauresmo, a former female world number one, has agreed to rejoin his backroom team at the All England Club before taking maternity leave.

“Amelie will be at Wimbledon, Murray told reporters at Queen’s Club on Saturday.

“It’s good. I like having her around the tournaments and it’s been a very good start to the year for me.

“Before she is away from the team for a few months, it’s good that her and Jonas can spend some time together.

“I imagine Amelie will take the lead and Jonas can see how we operate.

“We know each other a lot better than this time last year, so I’m sure she will be able to help a lot more.”

Mauresmo’s presence at Wimbledon will only add to the feel-good factor for Murray, who arrives at Queen’s bolstered by his best ever run on clay which included titles in Madrid and Munich and a French Open semi-final appearance.

Murray, seeded number one, was handed a first round tie against a yet to be determined qualifier in Saturday’s Queen’s draw and is scheduled for a quarter-final rematch with defending champion Grigor Dimitrov, who ended his reign as Wimbledon champion in the last eight last year.

He could face US Open champion Marin Cilic in the semi-finals before a potential final against either French Open winner Stan Wawrinka or Rafael Nadal.

World number 10 Nadal, who has plunged to his lowest ranking since 2005 after a miserable run this year, faces Ukrainian Alexandr Dolgopolov in the first round, with a potential quarter-final against Wawrinka and semi-final against third seed Milos Raonic.

Swiss second seed Wawrinka is back in action for the first time since his shock win over world number one Novak Djokovic in the final at Roland Garros and has been handed a fascinating first round tie against Australian wonderkid Nick Kyrgios, who stunned Nadal at Wimbledon last year.

“It’s unbelievable,” said Kyrgios. “To have the opportunity to play Wawrinka after he won the French Open, on some of the best grass-courts in the world, it’s really exciting.”