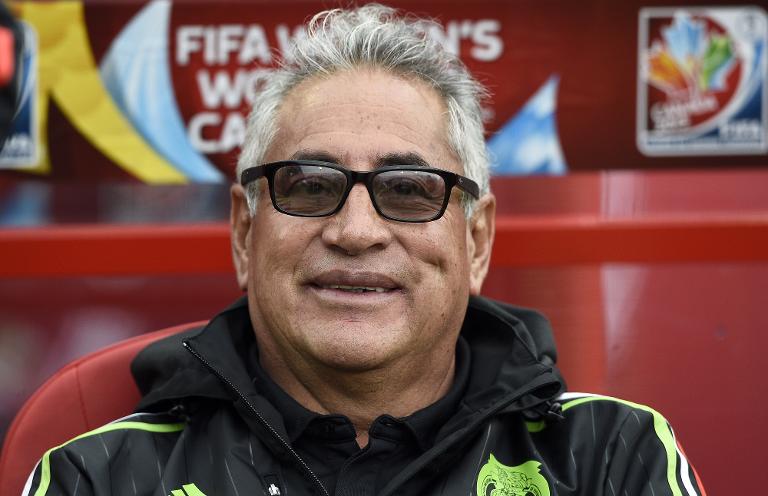 Mexico coach Leonardo Cuellar has slammed the standard of refereeing at the Women’s World Cup, saying he hoped Saturday’s second Group F tie against England would be fairer than their opener.

The 61-year-old Cuellar was furious after a stoppage time goal by Charlyn Corral was disallowed during their 1-1 draw against Colombia on Tuesday.

“I got the impression we had a group of referees who were not familiar with the level of competition, with the scenario, with the type of game that they were going to face.

“At one stage they changed their decision making three times. They should take into consideration that every game is important.

“I saw the quality of the refereeing of Germany/Norway yesterday or Canada/New Zealand. I saw how they (referees) were petrified wondering if they were going to call or not.

“I know I might get reprimanded for my comments but the teams very work hard to qualify, and work very hard to prepare. Considering human error is going to be there they should be better prepared.

“It gives you a bad feeling. What I expect tomorrow is fair play, to have referees who have a feeling for the meaning and the momentum of the game.”

England coach Mark Sampson also had problems with the officials in their 1-0 loss to France when Camille Abily’s unpunished elbow left defender Laura Bassett with a black eye.

The England boss claimed Greek referee Thalia Mitsi had “let down” his side.

“We were unfortunate to be on the wrong end of an individual incident, and we’ve got to trust that the right decision will be made in the future,” said Sampson.

“And certainly from our end we feel we’re owed one, so if we do need that later in the tournament, I’m sure that will come.”

Saturday’s game will be a rematch of England and Mexico’s preliminary round clash at the 2011 World Cup which ended in a 1-1 draw.

And the Mexico coach said he was expecting a different performance from Cyprus Cup winners England than the one he saw against France.

“I had the opportunity to see England in the Cyprus Cup and they obviously played way different against the France team,” he said.

“But I expect the England team to be a lot more aggressive and play ten times better. It’s going to be tight.”

Sampson said all his squad are fit and available to play against Mexico.

“It’s a big game for us clearly, isn’t it?” said Sampson. “We’ve put a cross against a game now and we can’t afford any more.

“We can’t afford to lose this game. I’m not sure it’s a must-win game, but it’s definitely a must-not-lose game.

“But we’re really confident that if we bring our maximum, foot-to-the-floor football, fifth-gear football, this England team and this England performance tomorrow will be good enough to get us on the board and put us in a good place in the group.”