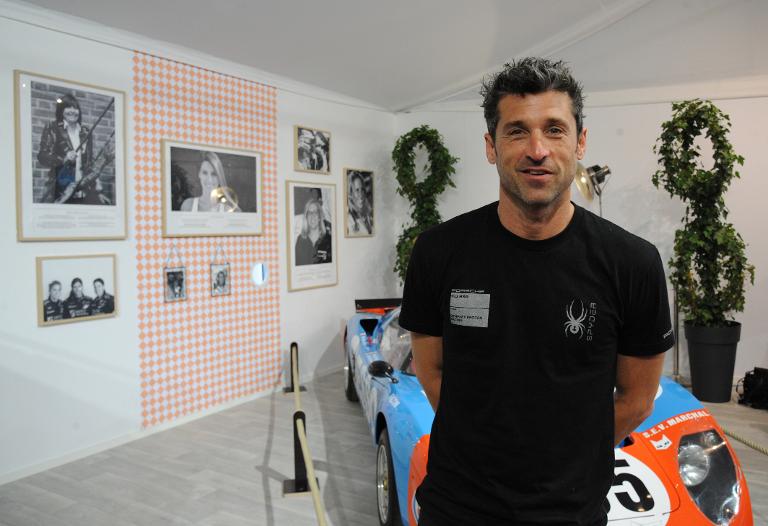 American actor Patrick Dempsey is making a real fist of his other profession: motor racing.

For the fourth time in his career, Dempsey will appear in the Le Mans 24 Hours Race in his Porsche this weekend.

His passion is gradually becoming an obsession.

He’s certainly proven himself on screen, featuring in 11 seasons of medical drama “Grey’s Anatomy” before his departure this year.

He’s decided to take the rest of the year off to focus on other ventures — Le Mans being one.

Dempsey’s fame stemmed from his role as Dr Derek Shepherd in the hit US show, but he admitted before the 2013 race in Le Mans that he would walk away from acting if he could and dedicate his time purely to the track.

“At the moment we are in the phase where we are trying to devise a strategy for the race, looking at the tests and data. Hopefully it will answer some of the press’s questions,” he told AFP, with a smile that has melted thousands of viewers’ hearts on TV screens.

“It’s always very special to be at Le Mans. There is a certain amount of comfort, in the sense that we know what we have to do,” he added.

Dempsey is focussing this year in the FIA World Endurance Championship season with Le Mans the third race; he’s competing in the GTE-Am amateur class.

“Now that we are full-time and committed, a lot of things we had difficulty with in recent years have been sorted. So now we can really focus on the race and its management,” he added.

Dempsey also told AFP that he “hopes to have earned their respect” when asked if he thought the professional drivers knew of his upcoming prowess.

While far from the finished article on the track, all eyes are on Dempsey wherever he goes.

“It’s part of the show but I must be able to close all that stuff out and not worry about it. For the first few years it was chaos, I wanted to spend time with fans, sign autographs, etc, but it’s too busy and there’s too much contagious excitement – energy which I need for the race,” said the actor.

Dempsey is one of a long list of actors and drivers in the United States.

“There has always been a fascination around cars and motor racing in Hollywood. Some outstanding drivers in the past include Paul Newman and Steve McQueen, especially here with his film Le Mans,” he recalled.

Fast cars and television, two careers that Dempsey is trying to marry together with a mini-series based on the book “The Limit” which details the battle between American Phil Hill and Germany’s Wolfgang von Trips, the two Ferrari drivers who were battling for the 1961 Formula One world title

This project should enable Dempsey to achieve another goal: “I want to spend more time in Europe, to live, to run. I love it here, especially in the countryside,” beamed the American.

There is a sense of tradition, a love and respect for the agricultural life. The legacy of openness and nature … It’s like a church, it’s very soothing and it’s what I like most here,” he confided.