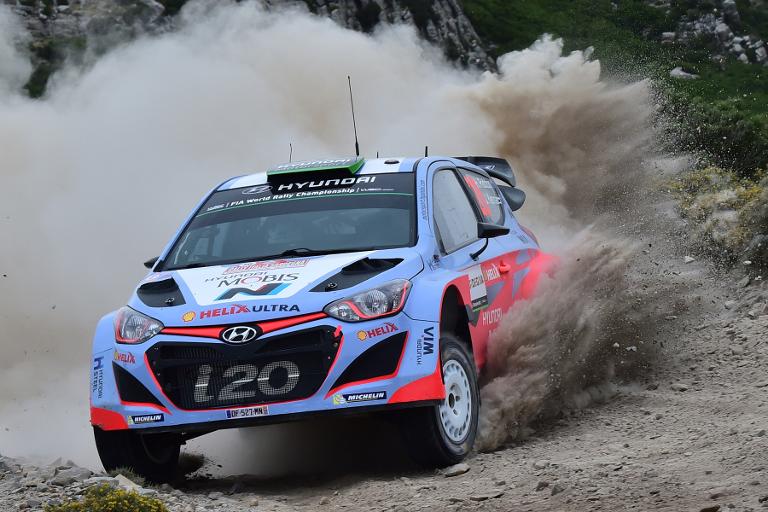 New Zealand driver Hayden Paddon, behind the wheel of a Hyundai, stunned world champion Sebastien Ogier at the Rally of Italy on Friday when he opened up an eight-second lead.

Paddon, 28, Hyundai Motorsport’s third driver, found himself in the lead of a world championship event for the first time.

He had only previously captured one stage — on the Rally of Catalunya in 2014.

On Friday, he ended up with three more, setting the fastest times on the opening three stages of the day.

Paddon also overcame a problem with his car’s left-rear suspension.

“It will be a hard day tomorrow because my rivals know the course better than I do but I will count on my fighting spirit to help keep my lead,” he said.

Ogier has won the last two races in Sardinia but admits he will have his work cut out for him on Saturday.

“It will be a long day and won’t be easy up against Hayden,” said VW driver Ogier.

Fellow VW driver Jari-Matti Latvala is in third place, almost 26 seconds behind Paddon, after winning three stages in the afternoon.