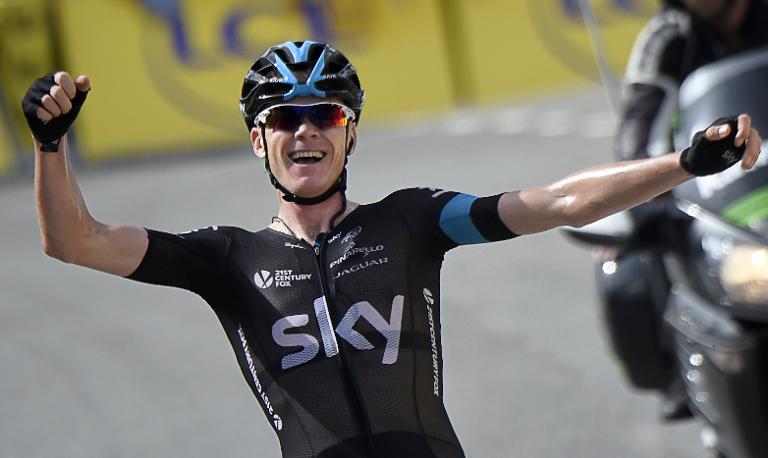 Chris Froome escaped to a summit solo victory in the Criterium du Dauphine on Saturday and was then fined for not attending the press conference at the end of the stage.

The 2013 Tour de France winner Froome, 30, left behind overall leader Tejay Van Garderen with a kilometre remaining to beat the American by 17 seconds.

But the Sky rider was then fined 200 Swiss francs (191 euros, $215, 138 pounds) and had his 4,000-euro prize for winning the stage held back for “non-participation at the press conference”, organisers said.

In World Tour races, stage winners and the overall leader are obliged to attend press conferences unless exceptional circumstances, such as a very long transfer which prevents them from doing so.

Van Garderen will go into the last stage on Sunday wearing yellow after clinging to Froome’s tail.

Van Garderen, of the BMC team, has a slender overall lead of 18 seconds over Froome and 45 seconds over third-placed Benat Intxausti of Movistar.

“My tactic was just to mark Froome and when he went, there was no way I could follow him,” admitted Van Garderen after the race.

“But I’m very happy with the yellow jersey.”

Friday’s stage winner and overnight leader Vincenzo Nibali had a bad day on Saturday, finishing four minutes adrift of Froome after difficulties on the penultimate hill.

Sunday’s final stage ends with a summit finish at Frejus, an 8.4km climb at a 5.7 percent gradient that may just see the yellow jersey change hands again.