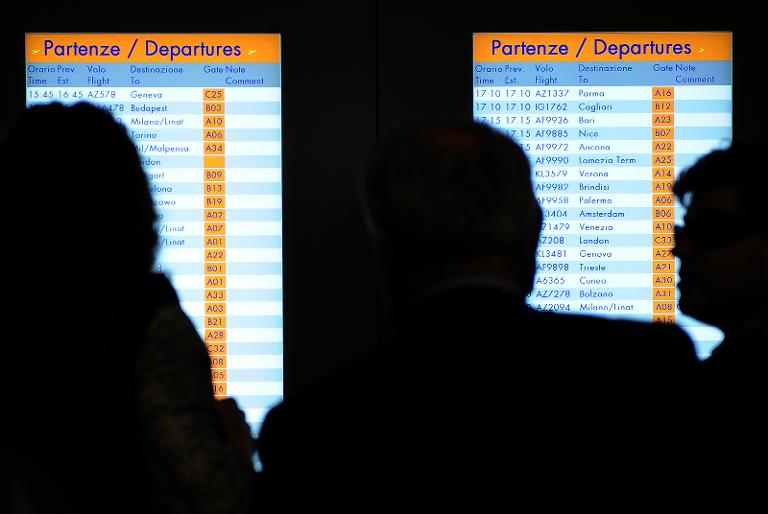 Flights across Europe from Italy’s busiest airport to as far afield as Moscow were cut back on Saturday, disrupting travel for thousands of passengers on low-cost airlines in particular.

Rome’s Fiumicino airport announced this week it would be cutting back the number of flights to ease passenger congestion after a fire caused widespread damage at one of its terminals.

Capacity will gradually be reduced to 60 percent as “a precautionary measure” after the May blaze forced the closure of the security gates in terminal three, which handles international flights.

Flights with Easy Jet and Barcelona-based low-cost airline Vueling were the worst hit, with holidaymakers scrambling to get onto other flights or forced to queue for hours.

While some passengers had been caught unawares, others had discovered the cancellations when they had tried to check in online on Friday — but told journalists they had come anyway to try to find seats on other flights.

Airport staff were on hand in the remaining terminals, and could be seen handing out bottles of water to tired tourists.

Departures for British Airways flights have been moved to terminal five, while passengers with Alitalia, Etihad and Emirates are being directed to terminal one for check-in and security.

Some 11 million passengers passed through Fiumicino airport from January to April, according to official figures, a rise of 8.3 percent on the same period in 2014.