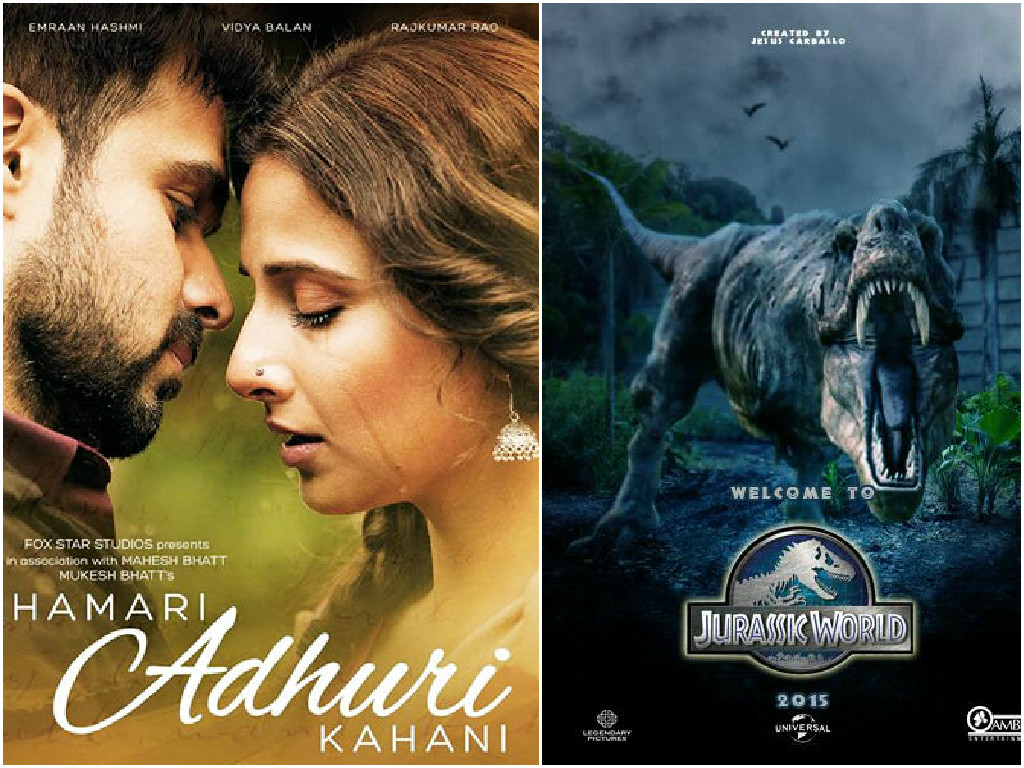 After struggling to gather fame for â€˜Ghanchakkarâ€™ in 2013, Emraan Hashmi and Vidya Balan are back again to try their luck a third time in Mohit Suriâ€™s romantic saga, â€˜Hamari Adhuri Kahaniâ€™.

This might be called the fight of the week as both the films releasedÂ on Friday.

â€˜Hamari Adhuri Kahaniâ€™, that has been promising audiences a very unique love story from their side had a low start on its first day. The film went on to achieve a comparatively low occupancy rate of 15-20%.

The film received greater response in regions of Central India rather than major urban cities. Blissful music offered by the film has however managed to attract the audience.

The film made a Box Office collection of Rs 4.2 crore on its opening day at the domestic market. However, it did not receive much positive reviews from the critics which also might hamper the film’s business.

On the other hand, Jurassic Worldâ€™s Director Colin Trevorrow has done a tremendous job by delivering this massive project, which is close to the original one.

The visuals are more refined this time as they include CGI images, VFX and 3D effects and are astonishing and the background of the film gives you a realistic effect, so that you can experience that era.

The premise, the theme and the plot of the tale is nearly the same, nothing much has changed except for the visual presentation and a few sub-plots. The movie opened in 4,273 theatresÂ on FridayÂ and minted Rs 5.6 crore on its opening day.

Well, who’s going to win the race will be clear by the end of this week asÂ SaturdayÂ andÂ SundayÂ play a very crucial role for the perfect collection of a film.