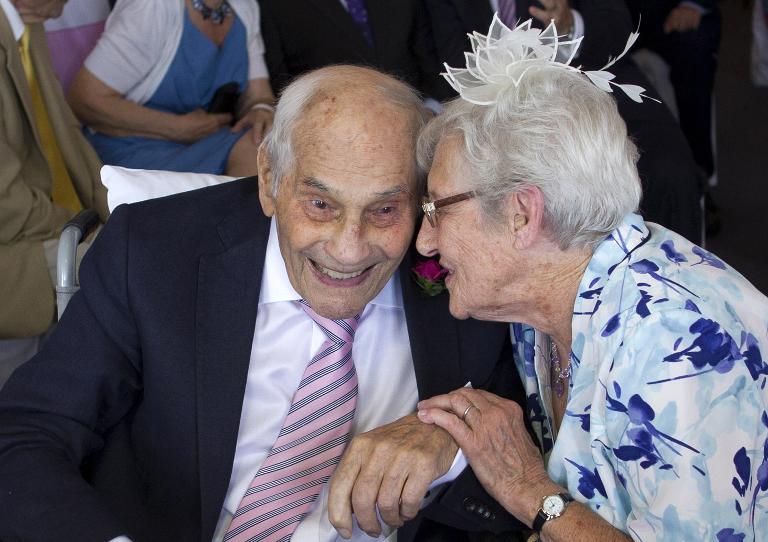 A 103-year-old man and a 91-year-old woman held their wedding in Britain on Saturday, becoming the oldest couple to get married in the world.

George Kirby and Doreen Luckie — together for 27 years — looked delighted as they tied the knot at a hotel in the seaside town of Eastbourne, southern England, before close friends and family.

The bride wore a white dress with blue flowers while the groom, a former boxer, was dressed smartly in a suit and tie, and was in a wheelchair — bedecked with the logo of the London 2012 Paralympics — after sustaining bruising during a recent fall.

Speaking ahead of the ceremony, Luckie said the couple had “no regrets” about not doing it earlier. “We didn’t want to bother about marriage before but eventually we did it,” she said.

They got engaged on Valentine’s Day this year, according to the Daily Mail.

“I didn’t get down on one knee, because I don’t think I would have been able to get back up,” the newspaper quoted Kirby as saying.

Despite the long wait, “friends and relatives weren’t really surprised” by the proposal, Doreen told AFP.

“They knew George and me have been together for a long time,” explained the newlywed.

The couple have “not yet decided where to go for our honeymoon”, she added.