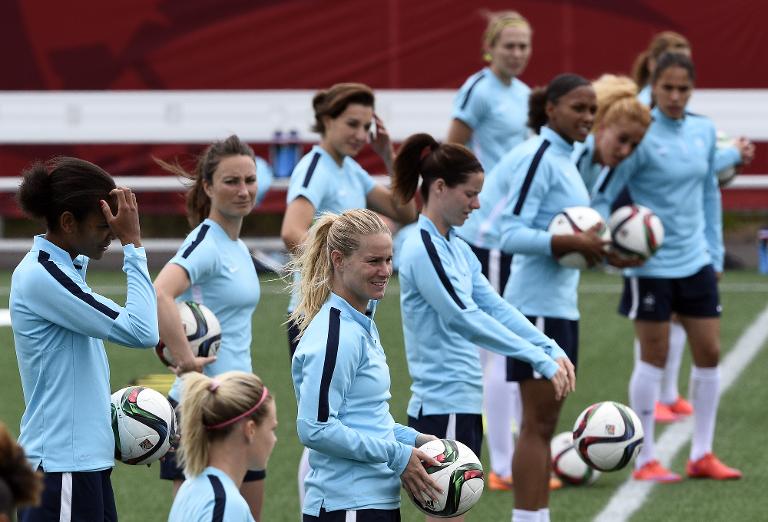 Brazil and France will be eyeing the last 16 going into Saturday’s second round of group games at the Women’s World Cup.

Brazil started their campaign in style with star striker Marta claiming a record 15th World Cup goal in their 2-0 win over South Korea — a game in which 37-year-old team-mate Formiga became the oldest-ever goalscorer in the tournament.

Midfielder Formiga believes the Brazilians — runners-up in 2007 — can go all the way this year and win the world title for the first time.

“We really believe we can do it this time,” Formiga told FIFA.com.

“It’s my last World Cup and my dream is to take the trophy back to Brazil at long last.

“When you have a dream, you have to put everything you have into making it happen.”

Brazil are top of Group E with three points and take on Spain in Montreal on Saturday.

The Spanish, competing in their first World Cup, were held 1-1 by Costa Rica in their opener. South Korea, beaten by the Brazilians, play Costa Rica.

Group F leaders France play Colombia who drew with Mexico in their opener, while England desperately search for their first points after losing 1-0 to France.

“It was a very important win,” said the Lyon forward.

“We didn’t all have a good match but there is always a little stress before the first game and now we’re on our way.

“These are three points that we’re very happy to have because Colombia and Mexico aren’t bad teams.

“They have good players technically and physically, they are teams who have progressed well.

“Their styles suit us better. They are teams who like to play, against whom we’ll have more space.”

England take on Leonardo Cuellar’s Mexico in a rematch of their preliminary round clash at the 2011 World Cup which ended in a 1-1 draw.

Nigerian-born English forward Eniola Aluko was heavily criticised for the chances she missed during that game four years ago.

But after 13 goals in 10 World Cup qualifiers, the Chelsea striker now feels ready to prove the doubters wrong.

“In that game against Mexico I could have done much better and finished the chances I had, but that’s only motivation for me,” she said.

“I think I definitely owe Mexico one. But I’m not thinking too much about the past.”

A win would put England back in the running for a place in the last 16, with the top two teams in each group advancing to the knock-out stages along with the four best third-place finishers.

The 28-year-old Aluko added: “I’ve got another opportunity. It’s exciting.

“I’ve scored a lot of goals for club and country and hopefully I can do that at the World Cup.

“I look forward, and if you’re excited about doing well and wanting to perform, you’re going to be there or thereabouts.”