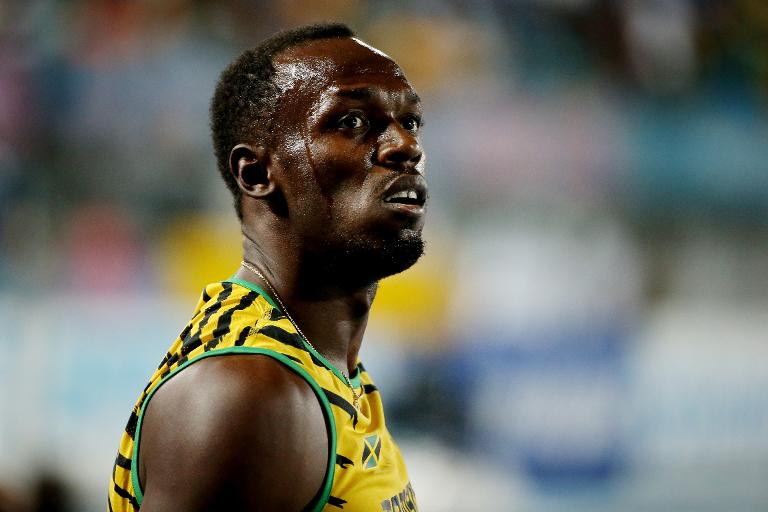 World and Olympic sprint champion Usain Bolt isn’t worried about the fast times being run by American rival Justin Gatlin, preferring to keep his focus on the August World Championships.

The six-time Olympic gold medallist and double world record-holder said Friday he knows he’ll be ready to run fast and defend his 100m and 200m titles in Beijing.

Until then, he won’t be sidetracked into any kind of showdown with an in-form Gatlin.

“It’s hard not to see what Gatlin is doing as he says a lot and talks a lot,” Bolt said as he prepared to race the 200m at the New York Diamond League meeting on Saturday.

“I see what he is doing, but I never worry. I have 12 weeks to get ready for the world championships and thatâ€™s what I am focused on.”

The 33-year-old Gatlin, seeking to return to the pinnacle of the sport after serving a second doping ban from 2006-2010, owns the top two 100m times of the season after clocking 9.74sec in Doha in May and 9.75 in Rome last week.

His 19.68sec at the Eugene Diamond League meeting on May 30 is the fastest 200m time so far this season, and Gatlin says he wants to take on Bolt in both events in Beijing.

Bolt is confident he’ll be ready for whatever challenge Gatlin brings.

“I will be ready to go,” he said, adding that he is working hard to regain full fitness after a “rough” 2014, saying he needs to work his way “back into shape and back up the ladder.”

Among his three races in 2014 was a leg for Jamaica’s triumphant 4x100m relay team at the Commonwealth Games.

He won a 100m race in Rio de Janeiro in April, and 200m at Ostrava, albeit in an unspectacular 20.13sec. None of those times will matter by the time Beijing rolls around, Bolt said.

“Things always come together at championships,” he said. “I always work on what I need to do so I don’t worry too much, I do put in a lot of effort … I know the shape I am in and what I need to do.”

Just as Bolt is in no hurry to force a showdown with Gatlin on the track, the Jamaican star has declined to ratchet up any war of words over Gatlin’s doping history.

Asked if he was happy to be cast as the “good guy” in their rivalry, he laughed.

“I don’t know what people are saying,” Bolt said. “I try to uplift the sport and try to do my best to promote the sport. I love what I do and will continue to do that.”