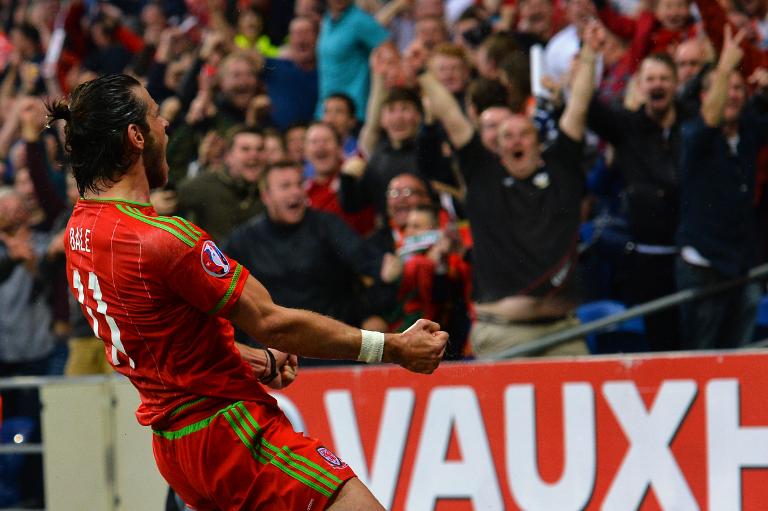 Gareth Bale struggled to express his emotions after scoring the goal against Belgium that took Wales to within sight of their first major tournament since the 1958 World Cup.

The Real Madrid forward pounced on a misdirected header by Radja Nainggolan to put Wales ahead in the 25th minute at the Cardiff City Stadium on Friday and the hosts held firm to open up a three-point lead over Belgium in 2016 European Championship qualifying Group B.

It was the perfect way to crown his 50th international appearance and having endured a difficult season in Madrid, the 25-year-old will go into the close season with a smile on his face.

“It’s hard to put it into words,” Bale told Sky Sports. “We prepared well, played some good football and battled in every area.

“After 70 minutes, I was gone. The gaffer (Chris Coleman) said to leave nothing out there on the pitch and we did that. Now we can enjoy our summer.

“We know the position we’re in and we’ll enjoy this (Friday) evening. There’s a long way to go, but when the next game comes along we’ll be ready to do the business.”

Bale also posted a pair of pictures on Twitter, one of him celebrating his goal, the other showing him alongside six of his grinning team-mates in the changing room after the match.

“Unbelievable result!!” he wrote. “Huge thanks to all the fans for making it such a special night. Can’t wait for the next 50 caps.

“Not going to forget tonight!”

Wales’s qualification campaign resumes in September, when they visit Cyprus before hosting Israel, both of whom are five points below them in the race for the two automatic qualifying berths.

“The stadium was bouncing from the warm-up,” said Wales captain Ashley Williams, who marshalled a defence that kept Belgium’s stellar attack of Christian Benteke, Eden Hazard and Kevin De Bruyne at bay.

“When you work that hard, you’ve got to enjoy these moments.

“I said to the players at the end that we’ve come this far, but we need to stay focused and we’ve given ourselves a great chance of qualification.”