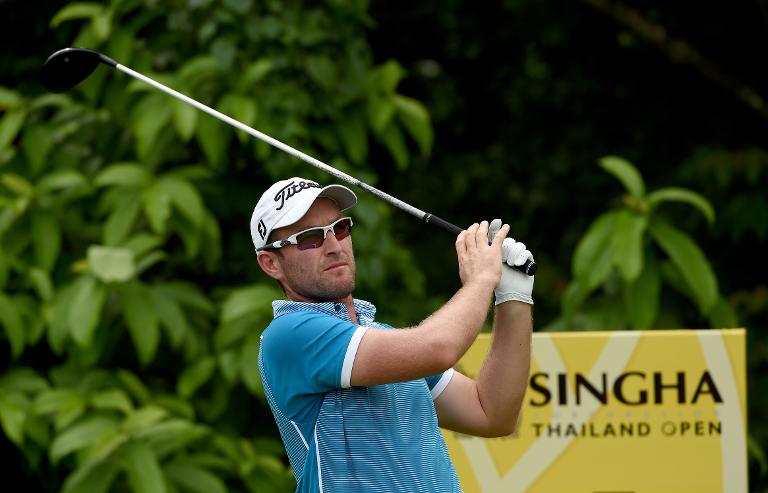 Australia’s Joshua Younger stormed ahead in the third round of the Thailand Open in Pattaya on Saturday with an impressive series of birdies pushing South Korea’s Kim Kyung-Tae into second position.

Younger secured an eight-under-par 64 to climb to the top of the leaderboard at the $1 million tournament, giving him a total of 15 under par ahead of the final round on Sunday.

Kim, who ended the second round sharing the lead with young Thai rising star Jazz Janewattananond, finished one shot behind with a 67.

Jazz was at 68 while South Korean Wang Jeunghun finished on 64 at the event, which is co-sanctioned by OneAsia and the Japan Golf Tour Organisation.

A day after storms disrupted play on the course, Younger fired ahead, striking four consecutive birdies from the 13th hole.

“I don’t know what the secret is. The swing felt pretty good, I hit some good shots and the putts were going in,” said 31-year-old Younger in a statement released by the tournament’s organisers.

He has been chasing a victory since turning professional in 2009 and will be fighting especially hard for the title on Sunday now that he has taken a surprise lead.

Kim, who had been in the lead Saturday before Younger’s row of birdies, is striving for his first victory since winning the GS Caltex Maekyung Open on OneAsia in 2012.

“I played well today. I feel comfortable, but now it is all about tomorrow,” he told event organisers.

Local talent Jazz, 19, is still bidding to win his first title since turning professional at only 14 years old.

“It was a decent round, not good enough to be leading, but it is good enough for me,” he said.

Leading scores after the third round: