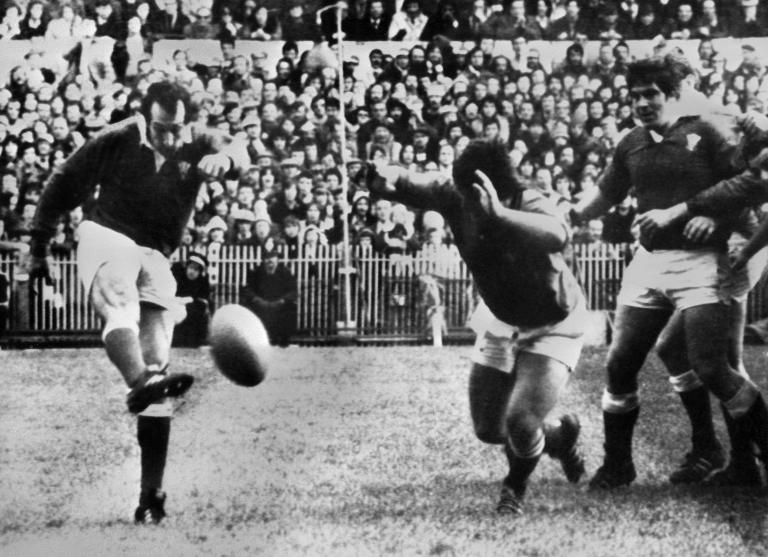 The award, which means the legendary former Wales and British and Irish Lions scrum-half can call himself ‘Sir Gareth’ was given for services to sport and charity.

Edwards, 67, was capped a remarkable 53 rimes in a row by Wales from 1967-78, scoring a then record 20 tries, and winning seven titles in what was then the Five Nations , including three Grand Slams and five Triple Crowns.

Edwards is widely regarded as one of the greatest players ever to wear the No 9 shirt at Test level.

Indeed, a 2003 poll for British-based Rugby World Magazine even went so far as to name Edwards as the greatest player of all time.

Edwards also won 10 caps for the Lions, playing a key role on the combined side’s victorious tours of New Zealand and South Africa in 1971 and 1974 respectively.

In 1973, he scored what is often cited as the greatest try of all time when he completed a length of the field move for the Barbarians against New Zealand at Cardiff.

“Gareth Edwards was a wonderful player and a wonderful man to be with,” said Barbarians president Mickey Steele-Bodger.

“That 1973 game, that move and that try introduced so many across the world to rugby and it continues to inspire players and supporters more than 40 years on.”

The queen’s honours are awarded twice a year.

Decided by an independent committee, the awards include knights and dames and various orders of the British Empire, whether commander (CBE), officer (OBE) or member (MBE).

They are open to all citizens in Britain and the Commonwealth — countries that were once part of the British Empire but are still linked as members of a multi-national bloc.

Edwards had previously been awarded the CBE.

Jonny Wilkinson, England’s drop-goal hero from the 2003 World Cup final was made a CBE on Friday, in the fly-half’s first year since retiring as a player, having bowed out by playing a key role for Toulon as the French side completed a Top 14 and European Cup double.

“I’m very proud of my recent achievements, and this just caps it off,” said Anderson.

“These achievements wouldn’t have been possible without the help and support of my family, friends and everyone at Burnley CC, Lancs CCC and England.”

“I am delighted to receive this huge honour,” said Lampard, who won 106 England caps.

“I feel very fortunate to have had such a long and fulfilling career in football.

“This is an extremely proud moment for myself and my family.”