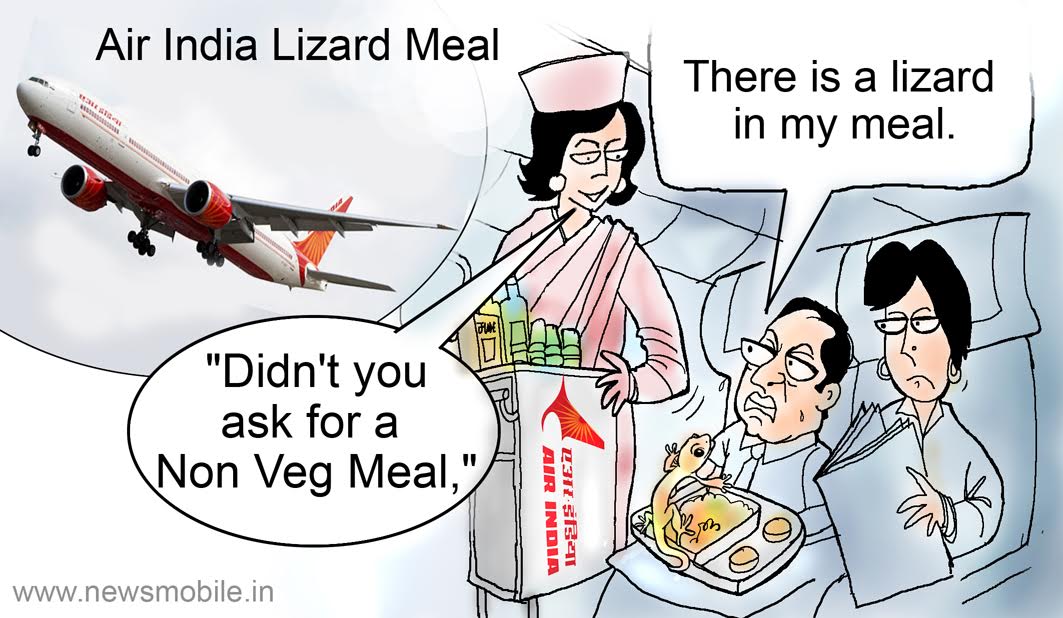 New Delhi: Do you have a fancy for lizards? No, right? Now, what if you find one in your food? Yikes! Letâ€™s not even get there!

If thinking about it gives us the creeps, imagine what an Air India passenger bound for London must have felt when he was served one with his meal!

The flag carrier Air India once again hogged the limelight for wrong reasons after its Â passenger got the shock of his life when he spotted a lizard in the meal tray provided by the airline. The incident took place on board the Air India Delhi-London (AI 111) flight on June 11.

As soon as the flight took off atÂ 1:00 PM, passengers were served food. This passenger spotted a baby lizard stuck beneath the bread he was served. The cabin crew offered the passenger to replace the meal tray after he complained. But the passenger refused the offer.

The passenger has now lodged an official complaint with Air India regarding the issue. There has been no word from the airline yet.Â  However this incident points to the poor supervision in the airlines which is now also a member of the Star Alliance.

Earlier Aviation MinisterÂ Ashok Gajapathi Raju said:Â “This is a serious issue. Air India is not expected to serve lizards,nor are cooks expected to cook lizards.” 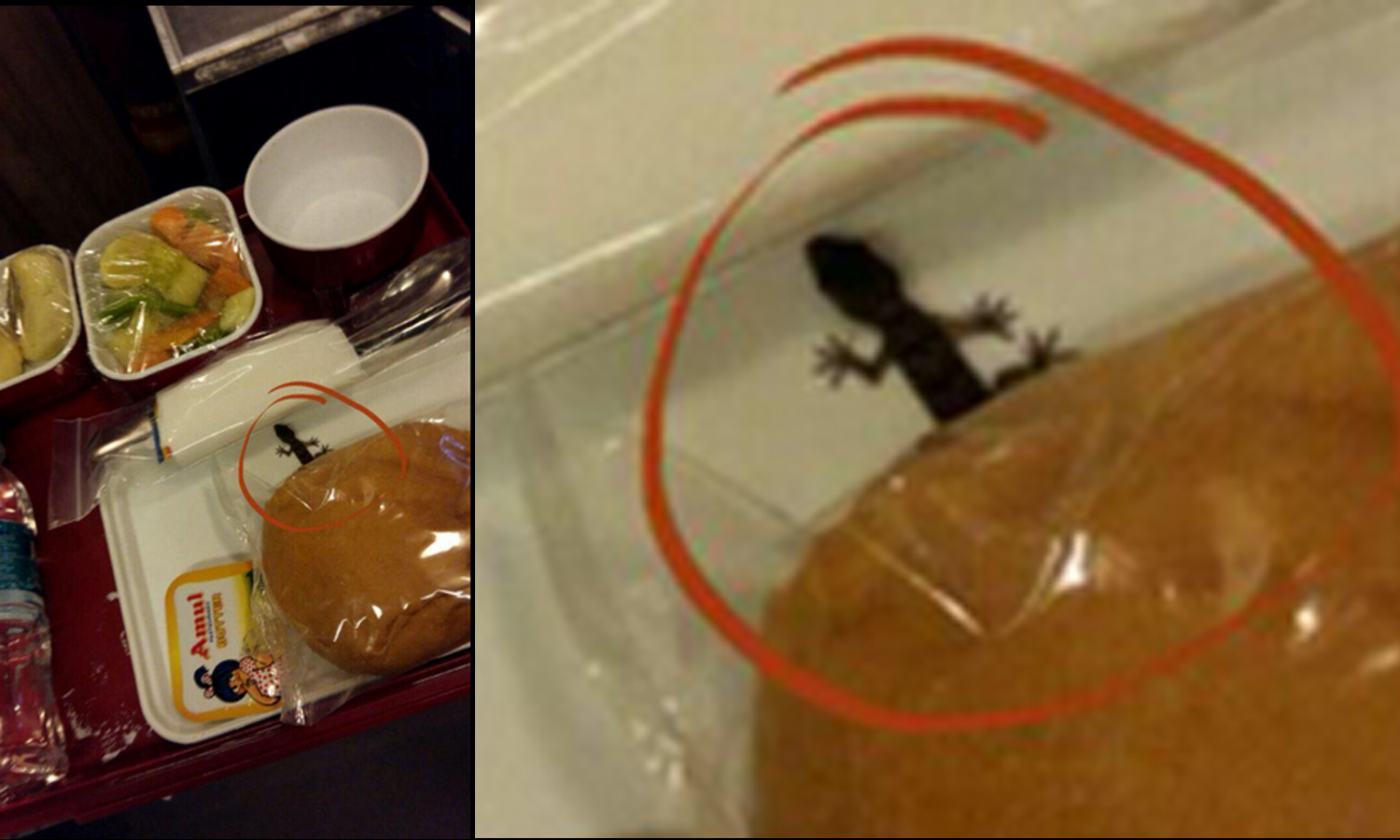 But hours later, he denied the reports.Â â€œWe are in touch with Air Indiaâ€™s management. As per them, there has been no complaint, no passenger or person has come forward to claim that this picture was taken by him or her even now,â€ Gajapathi said.

â€œAccording to Air India the matter seems to have been fabricated and is a hoax. They are still investigating the matter, that who is behind it,â€ Raju said adding that the evidence till now suggests that there is no truth in the story.