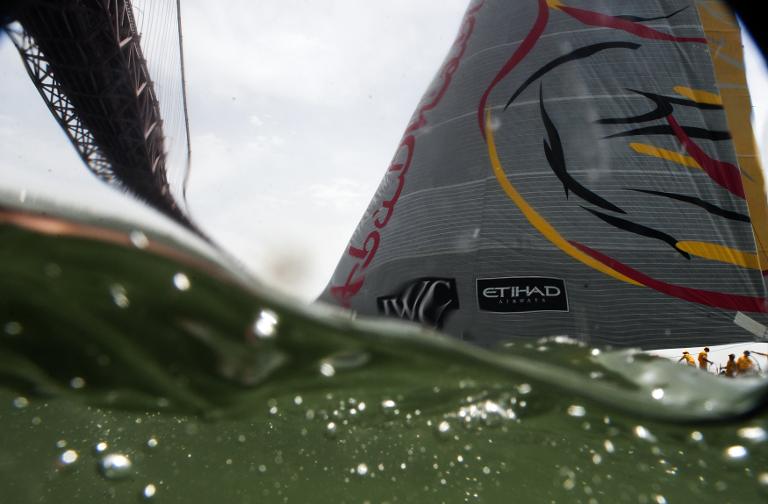 Only a freak batch of penalty points can rob Walker and his team from lifting the silver trophy in Gothenburg at the end of the nine-month, 38,739-nautical mile, offshore marathon on June 27.

They lie eight points clear of their closest rivals, Team Brunel (Netherlands) in the standings, and even a Dutch win and a last place for Abu Dhabi Ocean Racing in the final stage would only close that gap by six points.

Abu Dhabi are also leading the Volvo Ocean Race’s in-port series and Walker would like nothing better than doing the â€˜doubleâ€™ to make his adopted country even prouder.

“We will be giving it everything we have got,” said Walker. “My team have sailed really well in the in-port series too and we’ll certainly be pressing as hard as we can to bring more silverware back home to Abu Dhabi. Thatâ€™s our focus now.”

They are currently leading it by four points, again with Team Brunel in second place, but in this competition the podium places are very much still up for grabs.

The series is also a tiebreaker for the offshore competition and that could be key since teams could still finish up tied after leg nine for the minor positions.

The In-Port Race Lorient takes place in the Brittany port at 1200 GMT on Sunday.

MAPFRE are the in-form team, having won the last two in-port races in Newport, Rhode Island, and Lisbon, and to boost their cause, skipper Iker MartÃ­nez is back at the helm having missed leg eight to Lorient because of Olympic training commitments for Rio 2016.

He will also sail the final leg to Gothenburg, via a pit-stop in The Hague, which departs Lorient at 1500 GMT on June 16.