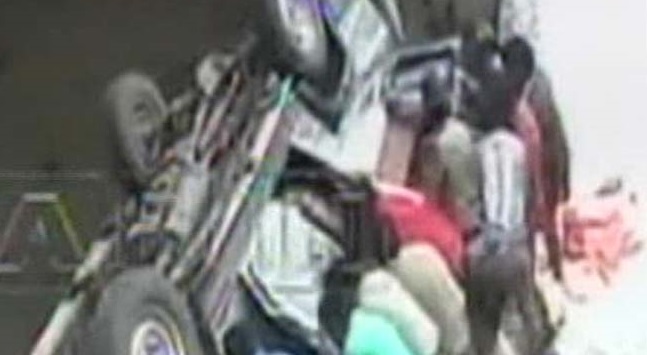 Hyderabad: 22 people have died after a van fell into barrage near Rajahmundry in Andhra Pradesh’s East Godavari district early this morning.

Eight women and seven children are among the victims. Only a 12-year-old child survived the accident and is admitted in hospital.

The van, carrying pilgrims, was returning from Tirupati. It plunged 25-30 feet into the Dowleswaram barrage in the early hours.

“Deeply saddened about tragic death of 21 people travelling in a van after it fell off Dowleswaram bridge. I’m monitoring the situation. The kid, a lone survivor, is undergoing treatment. Spoke to our Home Minister who visited the spot. We’re providing all possible help, (sic)” Andhra Pradesh Chief Minister N Chandrababu Naidu said in a series of tweets.

All the victims are reportedly from Achyutapuram in Visakhapatnam.