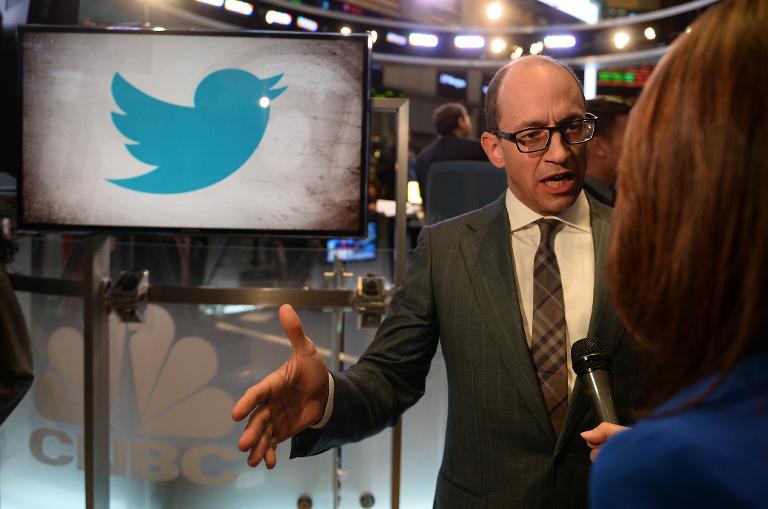 Twitter chief executive Dick Costolo is surrendering his post, handing the reins back to co-founder Jack Dorsey as the popular service struggles to boost its ranks of users.

Costolo will step down on July 1, and Dorsey will take back the Twitter chief job in an interim capacity, the company announced Thursday.

Dorsey previously held the job for about a year and a half, leaving the post in 2008. Costolo came on board in 2010.

“The future belongs to Twitter thanks in large part to Dick Costolo’s dedication and vision,” Dorsey said.

Dorsey said he will stay at the Twitter helm while the board finds someone to replace Costolo long-term.

Costolo will remain on the Twitter board of directors, and Dorsey will continue to be chief of mobile-centered financial transactions company Square that he co-founded in 2009.

The shake-up comes amid rumors that Costolo was under tremendous pressure from investors to prove his worth by ramping ranks of Twitter users and revenues brought in by the globally popular one-to-many messaging service.

“The bottom line is that Twitter isn’t very good right now at serving either its users or its marketers.”

Costolo guided the San Francisco-based firm through its initial public offering, but growth has been disappointing and the company has yet to show a profit.

Twitter shares jumped more than three percent to $37.16 in after-market trading that followed release of word Costolo is out as chief.

Dorsey said during a conference call that he will split his time between Twitter and Square, relying on management teams he knows and trusts.

He expressed faith in the strategy Costolo has in place at Twitter and products in the company’s pipeline.

“I don’t foresee any changes in strategy or direction,” Dorsey said.

“The opportunity is absolutely massive. The intention is to certainly bring it to everyone around the world.”

The plan to do that includes making Twitter easy and rewarding for users, according to Dorsey.

“If we build a product people love and value, advertisers and users will follow,” Dorsey said.

Costolo said he began discussing departure with the board late last year and opted to step down now because remaining during a search for a successor would have been too distracting to the company.

Criteria had yet to be established regarding what Twitter is looking for in a new chief.

“We are looking for someone who really uses and loves the product in every single way,” Dorsey said.

Replacing Costolo might not be the solution Twitter needs, according to Silicon Valley analyst Rob Enderle of Enderle Group.

Twitter’s trouble isn’t a lack of skill and hard work by those in the company; it is that the short-form, real-time nature of the service does not lend itself to advertising crucial to revenue in an age when people want free online services, the analyst reasoned.

“You could liken it to being in an off-road race and your problem is your car doesn’t work off-road,” Enderle said.

“It’s not about the driver or the team; the whole thing is about the car.”

It could help if Twitter’s next chief is outstandingly creative when it comes to finding ways of making money with ads while not tainting the experience users cherish.

“This one is going to be tough,” Enderle said of finding a leader with the skills Twitter needs at the helm.

Industry tracker eMarketer estimated that the number of people using Twitter monthly will grow 14.1 percent this year, compared to a growth rate of 30 percent two years ago.

By 2019, Twitter user growth will slow to about six percent worldwide, eMarketer forecast.

The company said the number of active monthly users rose above 300 million, but that figure grew at a pace too sluggish for many investors, and below rivals in social networking.

Twitter’s share of the $145 billion spent on digital advertising around the world this year is slightly less than one percent, up from just shy of a half-percent last year, eMarketer reported.

In comparison, Facebook increased its share of the worldwide digital ad market to 7.9 percent this year from 5.8 percent in 2013, according to the industry tracker, which said Google led the market with a 31.4 percent stake.

In its latest earnings report, in April, Twitter said it had a net loss in the quarter of $162.4 million.

Because Costolo is resigning, there is no severance package involved, according to Twitter.