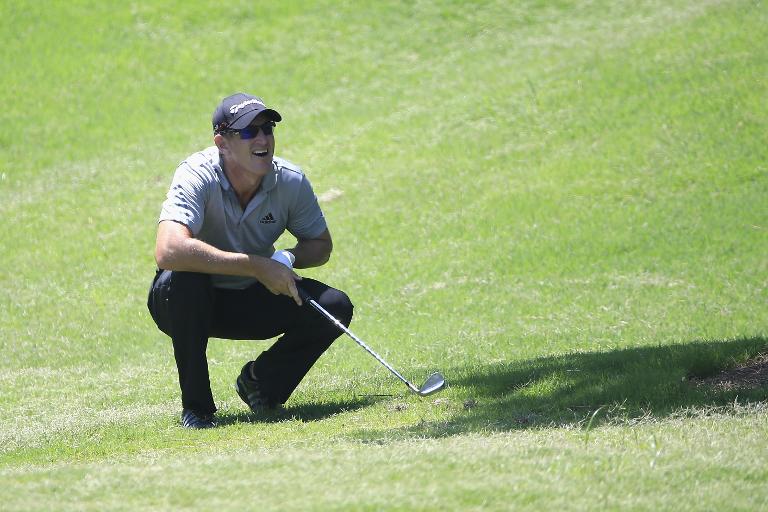 England’s Greg Owen produced a bogey-free six-under-par 64 to join Brooks Koepka and Ryan Palmer atop the leaderboard after one round of the PGA Tour St. Jude Classic.

Owen and Palmer both had six birdies with no bogeys on the par-70 TPC Southwind course in Memphis, while Koepka fired eight birdies with two bogeys to join the leading group in the final tune-up for next week’s US Open championship.

Koepka, whose strong start to the season included a victory in the Phoenix Open, added this week’s tournament to his schedule in hopes of regaining his momentum going into the second major of the season.

A rib injury and the pressure of his own expectations after his early season success had seen his season take a downturn.

He decided to play this week with a new approach.

“I felt like I was playing really well,” Koepka said. “I just wasn’t scoring well.

Palmer said putting was key to his round.

“Something about these greens gets me going,” Palmer, a three-time winner on the US Tour, said.

He made all six of his birdies in his first 11 holes and said he wasn’t at all disappointed that he couldn’t pick up any more shots in his final seven holes. More important, he said, was not giving any back.

“You can’t win it on Thursday,” Palmer said, “but you sure can lose it.”

Owen, whose round included four birdies in a row from the 16th through first holes, notched his lowest score since a 64 in the 2012 McGladrey Classic.

Still seeking his first PGA Tour win, Owen said it was too soon to start thinking about lifting the trophy on Sunday.

“There are so many top-class guys here, you can’t even think like that,” Owen said.

– Mickelson in the mix –

Among the marquee players opting to warm up here this week for the US Open, five-time major champion Phil Mickelson opened with a two-under-par 68.

“I had a couple of opportunities coming in that would have really made the round a few more shots lower, but they didn’t quite fall,” said Mickelson, who finished with four birdies and two bogeys. “That happens.”

Dustin Johnson, the highest-ranked player in the field at seven in the world, withdrew after nine holes because of an unspecified illness.