Home Face Off The sublime swashbuckler 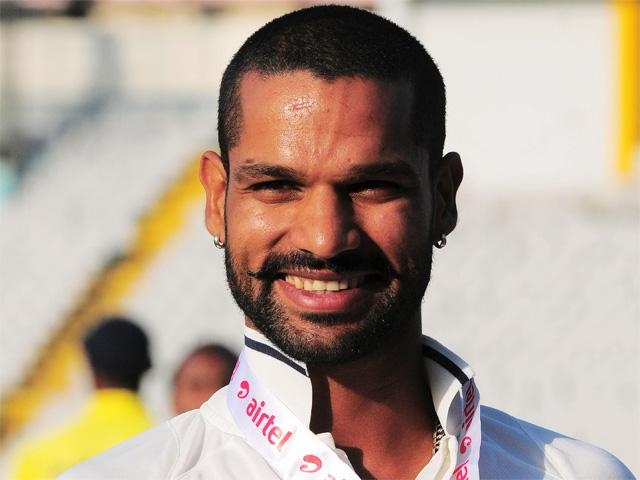 His story in Indian cricket is that of a typical domestic cricketerâ€”coming through the ranks, excelling at every level before the big call-up.

Possessing all the shots in the book, he is an aggressive southpaw touted as big-stage performer. His flamboyance combined with his brilliant fielding skills has won him many plaudits.

With his customized Ducati, the gold-hoop earrings that weird rattail and significant tattoo coverage, this moustache swirling cricketer made for an easy media sensation filed squarely under â€œbad boyâ€.

The son of a businessman who manufactured water jugs, his coaching for cricket had begun in 1996 at Sonnet Cricket club.Â  Dhawan honed his skills under the tutelage of renowned coach Tarak Sinha. He had started as a wicketkeeper.

Representing India in the under-17 Asia Cup in 2000-01, Dhawan averaged 85 from three outings. Later that year, the 15-year old got promoted to Delhiâ€™s under-19 squad.

He broke into Indiaâ€™s squad for the ICC Under-19 World Cup in 2004; grabbing the opportunity with both hands, Dhawan ended the tournament as the leading run scorer.

His exceptional performance led to him being promoted to Delhiâ€™s Ranji Trophy squad for 2004-05.

His average stayed steady in the mid-40s, but he didn’t quite dare the selectors to overlook him.

Soon, Dhawan started losing his way. His teammates spoke of how he was no longer interested in his career, how he skipped training, partied harder than he should have, and seemed resigned to a life on the sidelines.

However, he got his focus back to the game, thanks to his wife, Brit-Bengali Ayesha Mukherjee. She helped him refocus and it worked wonders for him.

Gobbled up by Delhi in the inaugural edition of the Indian T20 League, Dhawan shifted allegiance to Mumbai in the following season where the backing of a larger franchise seemed to have benefited him. In 2011, he was bought by Hyderabad and has been a regular for them since then.

Dhawan’s debut against the Australians in March 2013 was nothing less than extraordinary. He scored the fastest century by a Test debutant off just 85 balls and also broke the long-held record of highest score by an Indian Test debutant held by Gundappa Viswanath by slamming 187.Â

After the Australia series, Dhawan performed exceptionally well for his franchise (Hyderabad) in the sixth edition of Indian T20 league. He averaged as high as 38.87 and had a strike rate of 122.92.

He cemented his place in the team as he scored 363 runs from 5 matches at an average of 90.75 and a strike rate of over 100,Â won the Golden Bat award for scoring the most runs in the tournament and was also named player of the tournament.

Dhawan is married to Ayesha Mukherjee, an Anglo-Indian amateur boxer with Australian citizenship. Ayesha had two daughters from her former husband. The couple was introduced to each other by Harbhajan Singh through Facebook. Shikhar and Ayesha had a son in early 2014.

Dhawan has had a liking for bikes since a very young age.Â In 2010, he bought himself a swanky Suzuki Hayabusa. He has 5 tattoos on his body

Dhawan is calledÂ jaat-jiÂ by many of his team-mates. He hails from the Jaat community and hence gets the nickname. Also, another popular nickname isÂ Gabbar,Â the famous villain of the Bollywood flickÂ Sholay. He gets these nicknames due to his typical looks and that twirling moustache.

Dhawan has endorsements with the following brands: