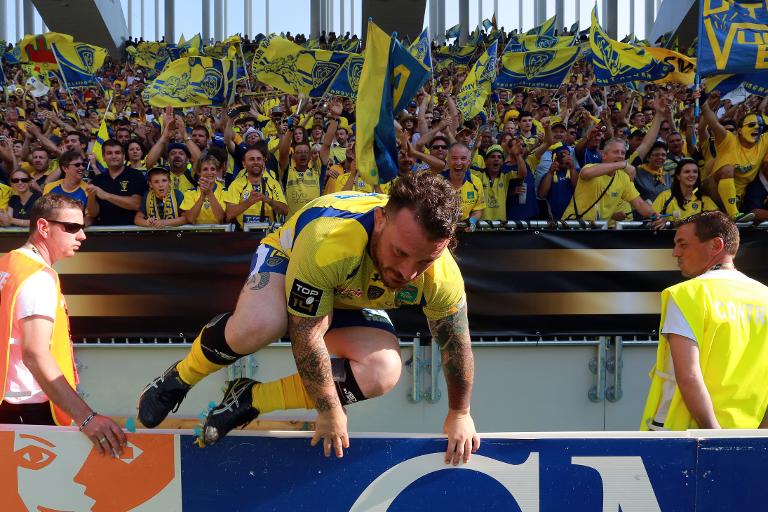 Ever-present giants Clermont will clash with Stade Francais in the Top 14 final on Saturday, the Parisian club hoping to paint the French capital pink with a first title since 2007.

Eight years ago, Stade conquered Clermont 23-18 to claim their last Bouclier de Brennus, and having dispatched treble European champions and defending Top 14 winners Toulon 33-16 in last weekend’s semi-final, the Parisians must certainly not be discounted against their favoured rivals.

Clermont saw off Toulouse 18-14 in their last-four clash, Australian Brock James coming off the bench to kick a penalty and late drop goal in the club’s bid for a second-ever title after their 2010 success.

A win for Clermont would also go some way to making up for the 24-18 defeat by Toulon in the European Champions Cup final — the second time in three years it has happened.

Indeed, Clermont have earned their ‘perennial bridesmaids’ tag, having been losing Top 14 finalists on no fewer than 10 occasions despite oozing class and danger from one to 15.

“A club like Clermont must go looking for the title, we can’t hide,” insisted Clermont fly-half Camille Lopez.

Prop Thomas Domingo added: “Everyone’s sick of losing these finals. We’re determined to head up to Paris to do something.”

Franck Azema took over from hard-nosed Kiwi Vern Cotter as head coach after the latter left to head up Scotland, but he was equally as frank in his assessment of what needed to be done.

“Everyone tells me it’s great to reach two finals in one season, but what remains inscribed on the honours board is who won the titles,” Azema said.

“So we have to deliver our best match on the weekend. We have the chance of playing in a final, we have to see if we’re capable of winning it.”

Domingo had the last word: “The championship is not over, there’s one match left. We won’t savour it. The public are happy, but we’ll be more so when we’re (celebrating) on (Clermont’s) Place de Jaude on Sunday.”

Stade, who often wear pink kit and have urged their supporters “Tous en rose pour la finale” (All in pink for the final), have arguably been one of the surprise packages of the season after seven years of relative mediocrity.

Fired by irrepressible Italian skipper and No 8 Sergio Parisse, the team has reacted well to the stewardship of France fly-half Jules Plisson and, after his injury, that of Springbok veteran Morne Steyn, whose place kicking has been as superb as ever.

A host of younger players have also settled well. The outstanding prop of the Top 14 has undoubtedly been Stade’s 25-year-old Rabah Slimani, solid in the scrum, but dynamic around the park and a redoubtable defender.

“It’s new for us,” the 15-times capped Slimani said in reference to the younger Stade players, complimented in the side by a raft of older heads led by Parisse and an unsung hero in flanker Antoine Burban.

“We don’t see the light at the end of the tunnel but it’s not over, we have a date at the Stade de France.

“As we often say between us, if we don’t go all the way, it means nothing.”

Scrum-half Julien Dupuy, at 31 one of the older Stade players, added: “This squad is starting to have some bottle. You feel that the youngsters are now ready, many are internationals and they have experience.

“Suddenly we don’t panic and we don’t fear these kind of matches.”