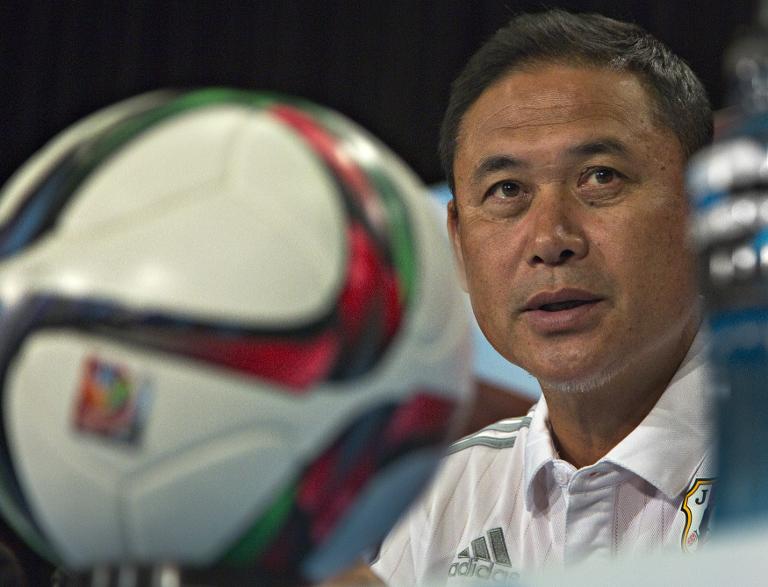 Japan coach Norio Sasaki compares himself to Hollywood director Steven Spielberg as he looks to lead his side to a successful defence of their Women’s World Cup title while entertaining the crowds.

“I’m called Spielberg as a coach but I like to see results as well,” said the 57-year-old, who has coached Japan since 2008.

In a script worthy of one of Spielberg’s blockbuster movies, Sasaki led Japan to a dramatic title in Germany four years ago in a triumph embodying the iron-willed spirit of a nation battling to recover from a deadly tsunami and nuclear crisis.

The “Nadeshiko” — named after a pink carnation symbolising grace and beauty — toppled the mighty United States in a heart-stopping final, winning in a penalty shootout to trigger a huge outpouring of emotion.

Sasaki was awarded the FIFA Women’s Coach of the Year award as a result of the success.

The US gained revenge by taking gold by beating Japan in the final of the 2012 Olympics, setting the scene for another showdown in Canada this year.

Sasaki admitted that other teams are now copying the Japanese style, making the world’s fourth-ranked team’s title defence even tougher.

“Our team is known for its high level of technical excellence. Now other teams have copied us and we have a harder time.

“You used to have teams just kicking the ball around and trying to score goals. Now we have comprehensive techniques and skills,” he continued.

“Comparing to the last World Cup I feel that European teams and every other team has a higher level of sophisticated play. Our feature has been taken over by other teams.

“In our case I believe the beauty of our game is that we try to stay close behind the opponent and in the end we win the game.”

Next in Japan’s path are ambitious African side Cameroon, who have been given reason to dream after the opening 6-0 win over Ecuador.

“Cameroon seem to be stronger than we originally expected,” admitted Sasaki, whose side beat Switzerland 1-0 in their opener thanks to a penalty awarded for a foul on Kozue Ando which ruled the striker out with a broken ankle.

“They played a very good game including psychologically, but we believe we have done our homework against Cameroon and if we apply our strategy we should do okay.”

Cameroon coach Enow Ngachu said that Japanese surprise success four years ago had given other teams reason to dream, as they target a first title for Africa.

“It’s a dream come true to play against the champions,” said Ngachu ahead of Friday’s game in Vancouver’s BC Place Stadium.

“Remember in 2011 nobody expected Japan to win the World Cup. It had an impact on the women’s football in the world.

“After the game against Ecuador the team have started dreaming, but we have to be humble,” he added, before warning: “We have nothing to lose. Japan are the ones who have to defend their title.”