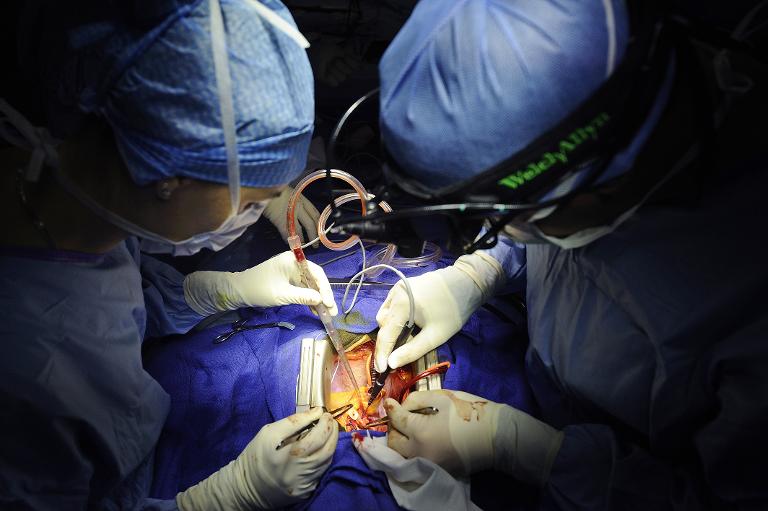 A South African man who received the world’s first successful penis transplant is to become a father just months after undergoing surgery, his doctor said Friday.

Urologist Andre van der Merwe, who led the team that performed the operation, told AFP that the 21-year-old’s girlfriend was pregnant.

“I was informed by him that his partner is about four months pregnant,” said Van der Merwe, who is based at Stellenbosch University.

“We are happy that there were no complications and his penis is functioning well,” Van der Merwe told AFP.

“There was nothing preventing him from having children because his sperm wasn’t affected.”

Van der Merwe has previously admitted surprise at the speed of the man’s recovery of sexual function however, saying the original goal was that “he would be fully functional at two years”.

The man, whose identity has not been revealed, received his new penis from an organ donor in a nine-hour operation on December 11 at Tygerberg Hospital in Cape Town.

His own penis had to be amputated three years previously after a botched traditional circumcision.

The procedure, which often leads to deadly complications, is performed on boys and young men as a rite of passage to adulthood in some rural parts of South Africa.

Van der Merwe said his team had been inundated with requests from men who have had similar amputations but could not take everyone.

“Right now we have about nine people on our programme,” he said, pointing out that finding penis donors would be one of the challenges, as is the case with any other organ.

“I don’t think it would be easy but I believe people will now come forward because of this positive case,” he said.