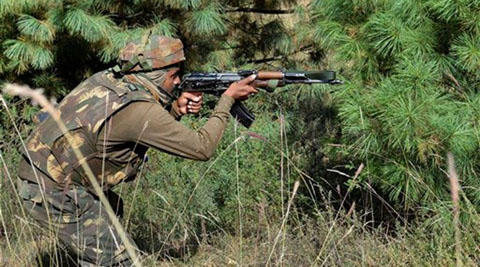 Jammu: The Pakistan violations never cease to exist. This year alone, there have been several such instances, with many lives lost and the trust, the little left of it soon drying up. In yet another instance of ceasefire violations, Pakistan has yet again done it along the Line of Control.

This fresh violation has happened in the Pargwal sub sector of Jammu. The Pakistani Rangers fired on 3 posts of the Border Security Force (BSF) in the area, reports state.

No injuries have been reported in the attack. It seems the firing continued for 15 minutes.

While this act is nothing new, yet over the years, India has fast lost patience, and the defence this time looks in no mood to take things lying down.

The attack comes at a time when there is a serious war of words which is going on between the leaders of both Pakistan and India. India has displayed aggressive approach, getting into Myanmar and avenging the brutal killing of its jawans.