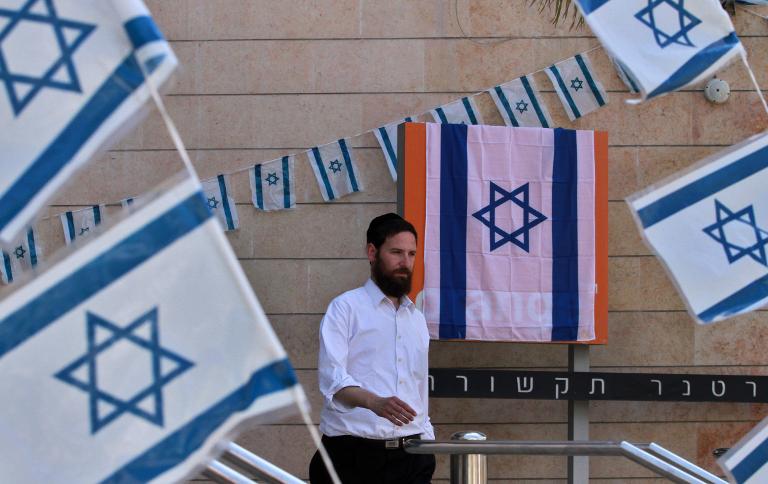 The head of French telecoms giant Orange told Prime Minister Benjamin Netanyahu on Friday his company had nothing to do with a campaign to boycott the Jewish state, despite Israeli allegations.

“I regret, deeply, this controversy,” Stephane Richard told Netanyahu in English in videotaped remarks distributed by the premier’s office.

“I want to make it totally clear that Orange as a company has never supported and will never support any kind of boycott against Israel,” he said, on the second day of a peacemaking visit to Israel.

A row erupted after remarks by Richard during a news conference in Cairo on June 3 in which he said the firm was planning to withdraw its brand from Israel at the earliest possible opportunity.

Orange licences its name and logo for use by Israeli firm Partner Communications under an agreement due to run until 2025.

Israel reacted furiously to Richard’s comments, accusing him of bowing to a Palestinian-led boycott campaign.

In statements at the start of Friday’s meeting, Netanyahu went straight on the offensive as Richard stood at his side.

“It’s no secret that the remarks you made last week were widely seen as an attack on Israel,” he said

The Orange chief flew into Israel on Thursday for a two-day visit in a bid to soothe Israeli anger.

Richard’s Cairo comments were interpreted in Israel as a response to a report by a group of NGOs which accused Orange of indirectly supporting settlement activity through its agreement with Partner.

Partner operates in Israeli settlements in the occupied West Bank, which are illegal under international law and widely opposed by the international community.

“We are doing business, we are doing communication, we are here to connect people, certainly not to participate in any kind of boycott,” Richard told Netanyahu.

“Our will is to strengthen and to keep on investing here,” he said, referring to local subsidiaries unconnected to Partner.

Orange says Israel is the only country in the world where it has a trademark agreement with a company that is not a subsidiary.

Under the deal it cannot use the Orange name for its own activities there.

In a recent letter to Israel’s deputy foreign minister Tzipi Hotovely, seen by AFP, Richard wrote that the Orange group “has a lasting presence in Israel” through its Fab Israel startup accelerator programme and subsidiaries such as its business services unit and Internet television specialist Viaccess-Orca.

“In Israel, we have been active for over 20 years and we are continually investing in our companies and in our people,” an Orange statement quoted Richard as telling Netanyahu on Friday.

“I call on the French government to publicly renounce the miserable remarks and the miserable action of a company that is under its partial ownership,” he said at the time.