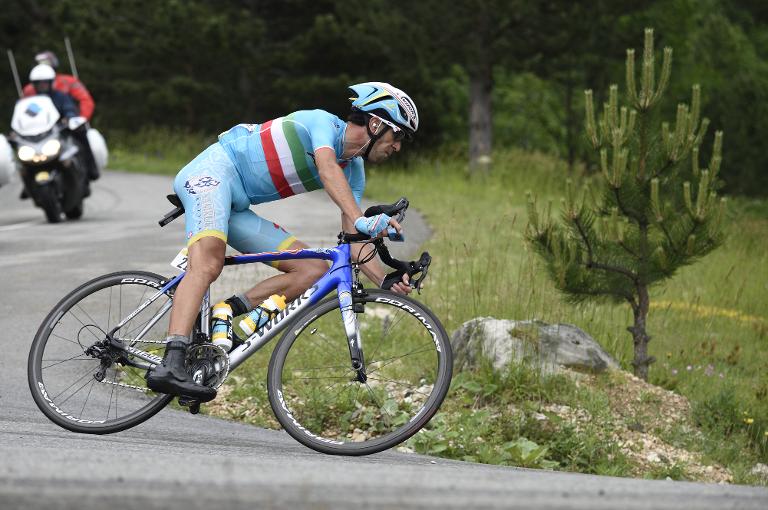 Tour de France winner Vincenzo Nibali of Italy stormed into the overall lead in the Criterium du Dauphine with a blistering display of pace on the sixth stage on Friday.

Nibali, more than a minute and a half behind previous leader Tejay Van Garderen at the start of the stage, pulled out all the stops to finish second behind Rui Costa of Portugal and claim the race leader’s yellow jersey.

“It was a reaction of pride,” said Nibali.

“I have not raced since the Tour of Romandie and the first part of my season wasn’t good. After Romandie I got a good block of training done in Tenerife.

“Coming into the Dauphine, I needed answers. And as yesterday (Thursday) wasn’t perfect I wanted to redeem myself.”

Friday’s 183km stage was raced in driving rain, but the 30-year-old Sicilian was undeterred as he attacked more than 110km from the finish in Villard-de-Lans.

He was part of a breakaway group which featured Germany’s Tony Martin, Costa, the Spaniard Alejandro Valverde and France’s Tony Gallopin.

By the time they were 40km from home, the quintet had opened up a three-and-a-half minute gap on the rest of the field and Nibali ended the day leapfrogging from 13th overall to take the overall lead.

He was 29sec ahead of stage winner Costa and 30sec up on Valverde, while Van Garderen found himself fifth, 42 sec adrift of Nibali.

Costa, 28, world champion in 2013, stole in at the last to snatch victory from Nibali, who had appeared to have the stage well sewn up.

Britain’s Chris Froome was a long way back, 1min 21sec behind Nibali, who is looking to make history in the Tour de France warm-up event.

“I know that no Italian rider has ever won the Dauphine. Victory would therefore have a special meaning but there are two hard stages to come and there are lots of strong opponents. I prefer to take things day by day,” added Nibali.

Saturday’s seventh and penultimate stage is a severe test of stamina with five major climbs along the 155km route from Montmelian to Saint-Gervais and an altitude finish.