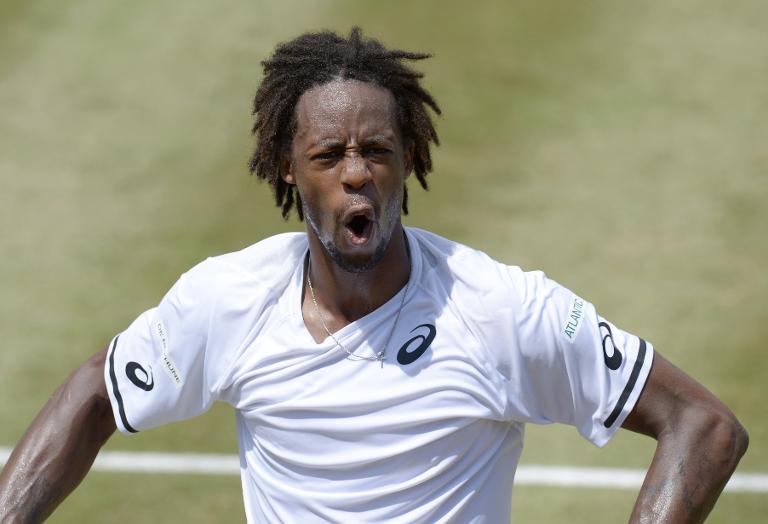 Frenchman Gael Monfils fired 17 aces in a 7-5, 3-6, 6-3 quarter-final victory over Philipp Kohlschreiber which left Germany with just one title contender at the Stuttgart Open on Friday.

Monfils, seeded fourth and a former runner-up at the Weissenhof club when the event was played on clay, reached the final four on the new grass surface as the event made a total date and surface change to become part of the lead-up to Wimbledon.

But Monfils will have to wait to find who out his next opponent will be as top seed Rafael Nadal takes on Australian number five Bernard Tomic.

The defeat of Kohlschreiber, who played the 2013 final, leaves Mischa Zverev as the last home hope. He will aim for a place in the semis against second-seeded US Open winner Marin Cilic.

The last time a German lifted the trophy was in 1991, when Michael Stich defeated Alberto Mancini.

Monfils struck for his 10th win over Kohlschreiber against just two losses — the German won their grasscourt semi-final in Halle in 2011 and also put out Monfils on the Stuttgart clay in 2013.

Monfils took 44 minutes to claim the opening set before his opponent levelled in the second.

The Frenchman got off to an early break of serve in the third to ensure victory after just under two hours on court in temperatures of 30 degrees celsius.

“I had some good luck today, I tried to play aggressive on returns and stick to a simple game plan,” said the winner, who admits that he will never put grass at the top of his favourite surface list.

“I know the grass now but I came here knowing that I had to work. Playing on this surface is never easy for me.

“My main goal is to keep from getting injured and try to do my best. If I can win some matches, that’s even better.

“I’d like to win more matches on grass, but even that won’t help me to like it, actually.”