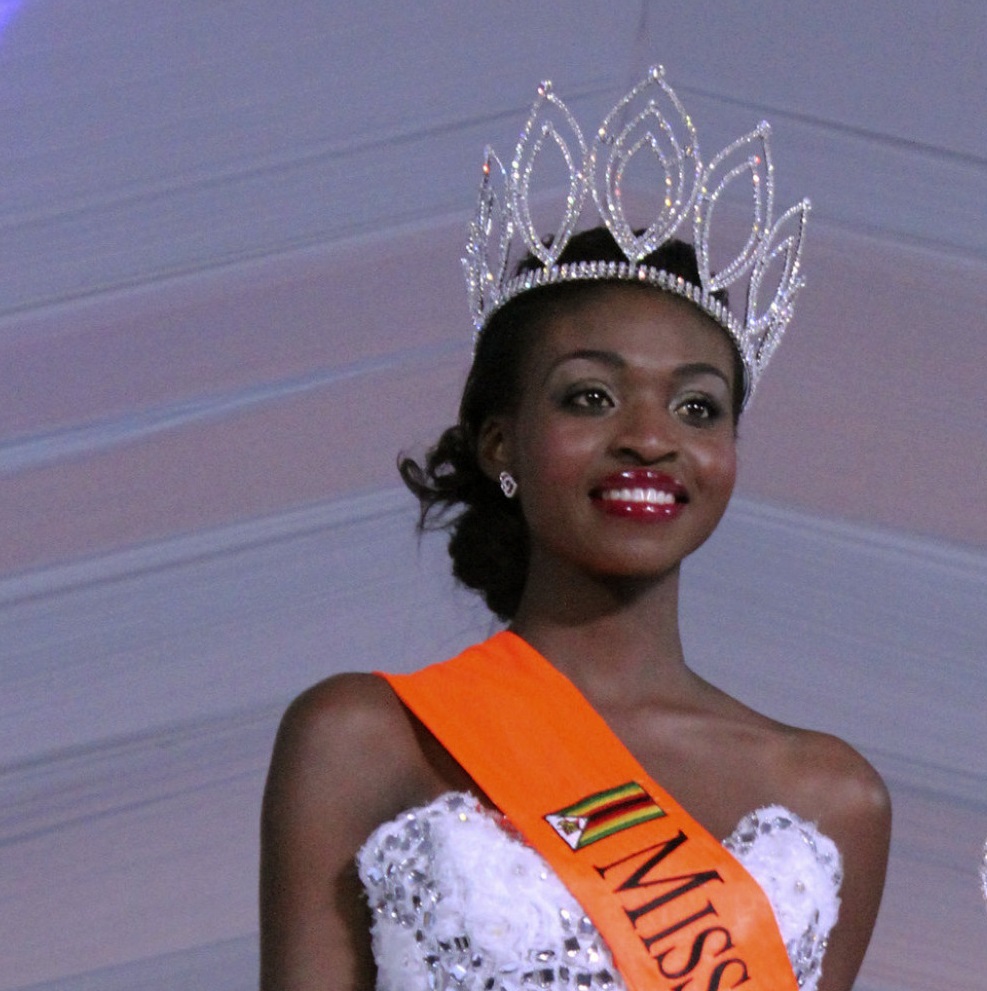 Historians say, history repeats itself. So it did for Zimbabwe.

For the second time in a row, organisers of Miss Zimbabwe beauty pageant have dethroned the countryâ€™s beauty queen over a nude photo scandal.

Miss World Zimbabwe, Emily Kachote, has been stripped of her title amid a nude photo leak on social messaging app WhatsApp.

Earlier in 2014 Miss World Zimbabwe, Thabiso Phiri, was caught in the midst of a nude photo scandal.Â  At that time, the board insisted that Phiri resigned from the position on her own, however, many critics of the pageant argued otherwise.

Meanwhile, Miss Zimbabwe Trust released a statement regarding their decision to pull Kachote’s title, saying that the 25-year-old beauty engaged in “immoral behaviour.”

“The Miss Zimbabe executive board would like to inform the nation that it has decided to dethrone Miss Emily Kachote as Miss World Zimbabwe 2015. Being in a relationship, sexual advances to anyone and any behavior categorized as immoral by the Miss Zimbabwe Trust is grounds for instant disqualification and dethronement,” the statement stated.

Kachote, a financial adviser, confirmed that the nude photos did exist and that she thought they were leaked by an ex-boyfriend.

She posted a message on Facebook following the board’s decision that read: “There are two kinds of pain: the sort of pain that makes you strong, or useless pain; the sort of pain that’s only suffering. I have no patience for useless things. For now I’m waiting for my attorney then I will hold a press conference before the end of the week.”

She also posted a messageÂ on FridayÂ morning. “For those of us climbing to the top of the food chain, there can be no mercy. There is but one rule: hunt or be hunted.”