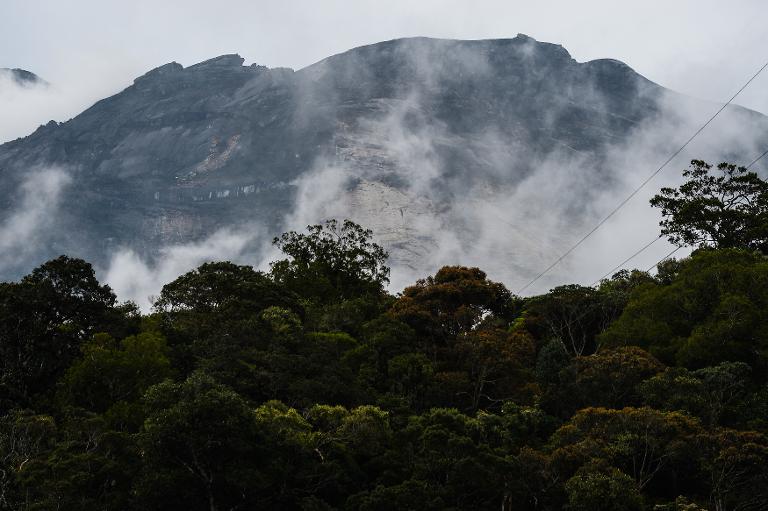 Four Western tourists were ordered deported from Malaysia on Friday after pleading guilty to obscenity charges for taking nude photos on a popular climbing peak, an act some in the country blamed for causing a deadly earthquake.

The defendants — Eleanor Hawkins of Britain, 24, Dutchman Dylan Snel, 23, and Canadian brother and sister Lindsey, 23, and Danielle Petersen, 22 — were arrested earlier this week in the wake of the deadly June 5 quake which killed 18 people on Mount Kinabalu.

A court in Kota Kinabalu, capital of the state of Sabah on Borneo island, sentenced them to three days’ jail time starting from when they were arrested on Tuesday, meaning their term had been served.

They also were fined 5,000 Malaysian ringgit ($1,330) and ordered deported for committing an “obscene act in a public place,” which can carry a three-month jail term.

It was not immediately clear when they would be deported.

“It is a wake-up call to tourists not to ignore local traditions and culture,” Masidi Manjun, the state’s tourism minister, told AFP.

“Since they pleaded guilty and showed remorse, it is only fair that they are let off with a fine by the court.”

Hawkins’ father expressed relief at the verdict, adding he wanted to get his daughter home safely.

“We are relieved… As far as we know she is currently under the protection of the consulate,” Tim Hawkins told British newspaper The Guardian.

“We really do want her home, but we’ve got no idea what is going to happen and when.”

He had earlier released a statement saying his daughter knows what she did “was stupid and disrespectful and is very sorry for the offence that she has caused the Malaysian people.”

The 4,095-metre (13,435-foot) peak, a World Heritage Site and popular climbing destination, is considered sacred to tribal groups on Borneo, and many Malaysians were incensed after the photos taken May 30 circulated on the Internet.

The four convicted Friday were among a larger group of tourists believed by authorities to have taken part.

Police told AFP on Friday they were still seeking five others, but that some were thought to have left Sabah.

The defendants were hustled into court through a media scrum including reporters from Britain who arrived in the sleepy state capital to follow Hawkins’ fortunes.

The two women were handcuffed together, as were the men, all four looking nervous.

The court was told the nudists challenged each other to take off their clothes to see who could withstand the summit’s chilly air, ignoring the admonishments of their local mountain guide.

All four quickly stated “guilty” when asked to enter a plea.

Indecent exposure and other acts considered obscene are strongly frowned upon in Muslim-majority Malaysia.

Some have suggested the act angered tribal spirits believed to dwell on the mountain, causing the 6.0-magnitude earthquake.

“This is very offensive behaviour and showed disrespect to the sacred mountain… This will certainly bring misfortune,” he had told reporters.

The earthquake, rare for Malaysia, sent landslides and boulders raining down just as more than 150 hikers were near the summit enjoying its sunrise views.

The 18 dead included seven schoolchildren from Singapore, along with two of their teachers and another adult who were on a school excursion to the mountain.