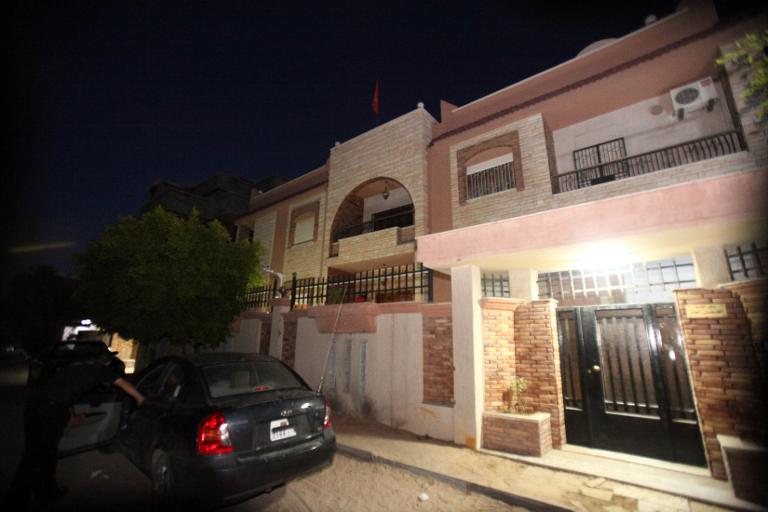 Libyan militiamen kidnapped 10 staffers from Tunisia’s consulate in Tripoli Friday after storming the mission, the government in Tunis said.

A foreign ministry statement denounced “the intrusion of an armed group in the offices of the Tunisian consulate in Tripoli and the detention of 10 staff of the mission.”

The government in Tunis said a crisis cell had been established in the wake of the kidnapping.

Security forces sealed off the area around the consulate, banning journalists from the site and barring them from taking pictures, an AFP correspondent said.

Authorities were unable to say where the kidnapped people had been taken.

“All government services are following developments with interest in coordination with Libyan, regional and international parties, to liberate without delay the Tunisian mission team and guarantee its safety,” the ministry said.

It criticised what it said was “flagrant violation of Tunisia’s international sovereignty and international and diplomatic norms”.

The ministry advised Tunisians in Libya to leave the country “if possible” and to avoid travelling there “unless absolutely necessary”.

Tunis did not say who had carried out the kidnapping in Tripoli, which is controlled by the Islamist-led Fajr Libya militia alliance.

Last month, a militia forming part of the coalition ruling Tripoli seized 245 Tunisians in the Libyan capital. All were later released unharmed.

A Tunisian diplomat and an embassy employee were kidnapped last year before being released.

And in January, the Libyan branch of the Islamic State group claimed the killing of two Tunisian journalists who had gone missing in eastern Libya eight months earlier.