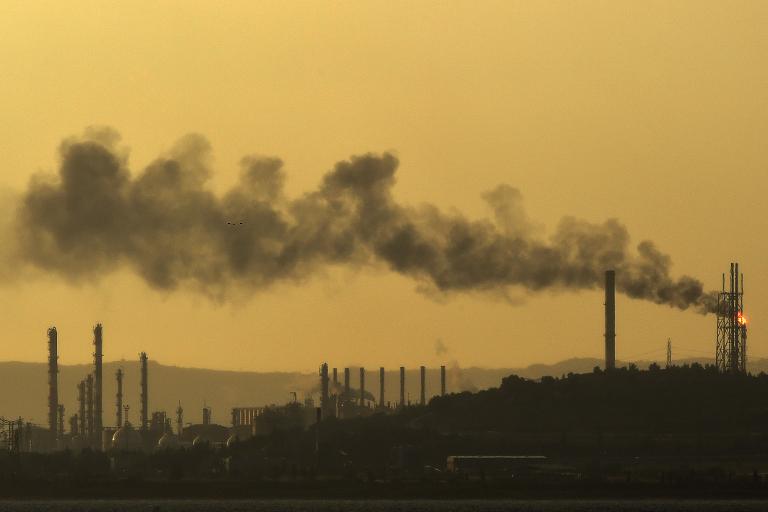 The marathon effort to forge a world pact on climate change now hinges on what happens outside the UN arena in the coming months, analysts said after another faltering negotiation round.

Whether the 195-nation UN Framework Convention on Climate Change (UNFCCC) can seal the much-vaunted post-2020 deal in Paris six months from now depends greatly on a flurry of meetings by movers and shakers.

The hope is that influential countries, supported by a pro-climate clamour from business and the public, start to haul the negotiations out of a deep and familiar rut.

An 11-day negotiating round ended in Bonn on Thursday, bogged down in trying to condense a vast and unwieldly draft text into a manageable blueprint for negotiation.

But on the plus side, there was no bust up, and trust — the magic ingredient that unlocks deals — remains high.

Alden Meyer, a veteran observer with the US-based Union of Concerned Scientists, pointed to about a dozen meetings in the coming months offering chances of leapfrogging the labyrinthine processes of the UNFCCC.

“The compromises are not going to be found at the negotiator level,” he told AFP.

“They are going to be found at the ministerial level and even at the heads of state level on issues like finance, that’s just the way the world works.

“The hope is that over time this will create a force field which raises ambition and political will in this process and trickles down to the negotiator level.”

The crowning conference, running in Paris from November 30 to December 11, will be preceded by two UNFCCC gatherings in Bonn at negotiator level.

France will also stage talks in July and September, gathering ministers from several dozen key parties, and this will be followed by similar talks just before the Paris meeting.

Added to this are meetings of the world’s major carbon emitters in July and September, gatherings of the World Bank and International Monetary Fund in October and a summit of the G20 in November.

In September, world leaders meeting at the UN General Assembly and a US-Chinese summit bringing together the world’s two biggest carbon emitters, will be under pressure to speed things up.

“This (the UNFCCC) is not the only process and this is probably not the best process to produce the meeting of minds,” said Elliot Diringer, executive vice president of the Center for Climate and Energy Solutions (C2ES), a US think-tank.

“We cannot rely on this process alone to get us there, which is why the various types of informal discussions all play a very critical role.”

Oxfam’s climate change policy advisor, Jan Kowalzig, pointed to a range of crunch issues yet to be resolved.

They included measures to beef up national pledges for carbon emission cuts, and mustering finance for vulnerable countries.

UNFCCC chief Christiana Figueres said “a very high-level political process that is underway in parallel, that is perhaps not physically evident here” was supporting what happened in the climate talks.

She noted the June 7-8 G7 summit, which called for “decarbonisation” of the world economy this century, and an upcoming encyclical on climate change by Pope Francis, which Figueres predicted “is going to have a major impact”.

Added to that, she argued, was “very, very impressive” momentum from cities, regions and the business sector on climate change.

“Don’t be too impatient,” French negotiator Laurence Tubiana told journalists. “We will get there.”