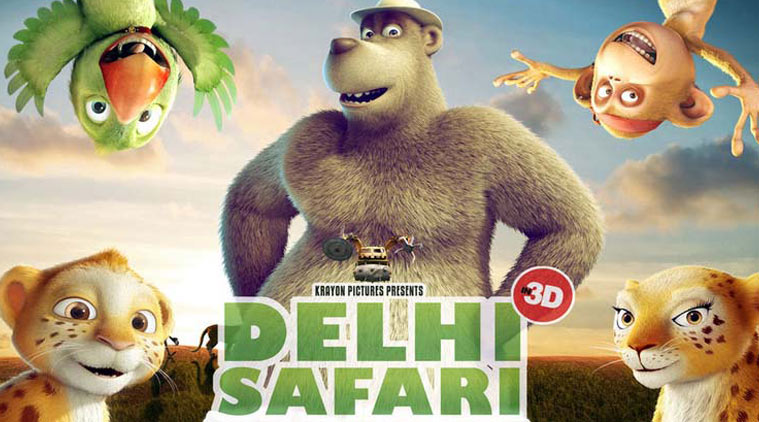 Beijing: Krayon Pictures, producers of the stereoscopic 3D animated film â€˜Delhi Safariâ€™ has signed up with Chinaâ€™s Heshan Media to produce a sequel to the film, tentatively titled â€˜Beijing Safariâ€™.

The movie will be the fourth Indo-China joint production this year.

The MoU was signed at Kurming city on the sidelines of the Indo-China Economic and Tourism co-operation event attended by Minister of State for External Affairs Gen V K Singh, Prasad Shetty, partner of Strategic Alliance, a Chinese firm promoting Indian films said.

â€˜Beijing Safariâ€™ will be directed by Daniel St Pierre, who has worked on films like â€˜The Lion Kingâ€™, and â€˜Aladdinâ€™. It will be made in English and Chinese and distributed internationally.

The sequel, which will be written by Oscar-Nominated writer Tab Murphy, is based on the issue of water contamination.

â€œWe are extremely excited at making a global film with our Chinese partners. Our partner in China has an amazing computing infrastructure, which is critical for making a world class animation film,â€ Aditya Nath Jha, CEO of Krayon Pictures and ex-head of Corporate Marketing and Global Branding at Infosys, said.

Jha further added that some of the biggest companies in the world have expressed interest in partnering with them as the issue is of universal concern.

â€œWith our Hollywood writers and director, and Indo-China production, â€˜Beijing Safariâ€™ will have international appeal,â€ Jiang said, adding that China has emerged as the second biggest film market in the world.