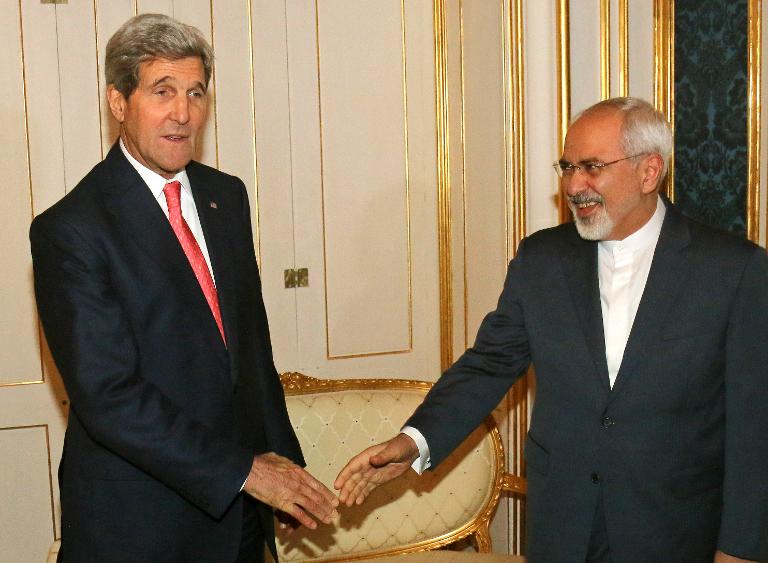 The revelation comes in run-up to a June 30 deadline for a historic agreement between Iran and world powers on curtailing Tehran’s nuclear programme in return for relief from punishing sanctions, and a day after a Russian-based security firm said a computer worm widely linked to Israel was used to spy on the negotiations.

Israel is vehemently opposed to a nuclear deal with Iran, with Prime Minister Benjamin Netanyahu warning that the accord would not “block Iran’s path to the bomb”.

But it has denied spying on the talks with deputy foreign minister Tzipi Hotovely telling Israeli army radio on Thursday: “There is no basis to the all the international reports on Israel’s involvement in the affair.

“What is much more important is that we prevent a bad agreement, otherwise at the end of the day we’ll find ourselves with an Iranian nuclear umbrella.”

The Swiss attorney general’s office confirmed it had got government clearance to launch a probe into alleged spying on May 6 and conducted a raid six days later, seizing computer equipment, due to “suspicion of illegal intelligence services operating in Switzerland.”

It did not specify if hotels were targeted.

“The aim of this raid was on one hand to gather evidence and to on the other verify if information systems had been infected by malware,” the attorney general’s office said in an email.

Austria — which has also hosted numerous rounds of the nuclear talks — said Thursday it was also investigating possible spying at meeting venus there.

“Investigations are ongoing” regarding the Palais Coburg hotel, the location of many rounds of the talks including discussions this week, interior ministry spokesman Karl-Heinz Grundboeck told AFP.

Last month’s talks in Geneva held at the luxury Intercontinental Hotel failed to bridge differences between Washington and Tehran, especially over the crucial issue of inspections of military sites.

The talks between Iran and the world powers have been held in several Swiss hotels.

The US State Department said it was confident there had been no security breach in the talks.

A member of the Iranian negotiating team said its side had always been cautious about the risk of spying and had taken care to “preserve secrecy” during the talks.

“The Iranian negotiators have always taken account of the possibility and the significant risk of listening and spying and have always acted with caution” during the talks, said the unnamed official, quoted by the official IRNA news agency.

Thursday’s announcements came after a Russian-based security firm Kaspersky Lab said a malware dubbed Duqu, which is a sophisticated spy tool that was believed to have been eradicated in 2012, appeared to have been used to spy on the nuclear negotiations with Iran.

Duqu is similar to the Stuxnet virus, which is believed to have been developed by the United States or Israel in order to contain threats from Iran, and dates back at least to 2007, according to researchers.

“The Duqu threat actor went dark in 2012 and was believed to have stopped working on this project — until now,” Kaspersky Lab said in a blog post.

“Our technical analysis indicates the new round of attacks include an updated version of the infamous 2011 Duqu malware, sometimes referred to as the stepbrother of Stuxnet.”

The researchers first found the malware on their own systems and then discovered it was being used against targets in Western countries, the Middle East and Asia.

“Most notably, some of the new 2014-2015 infections are linked to the P5+1 events and venues related to the negotiations with Iran about a nuclear deal,” the company said in a statement, referring to the permanent Security Council members — Britain, China, France, Russia and the United States — plus Germany, who are engaged in the talks.

The Wall Street Journal, which reported the findings on Wednesday, said Kaspersky’s research backed its earlier reports that Israel was spying on the nuclear talks.