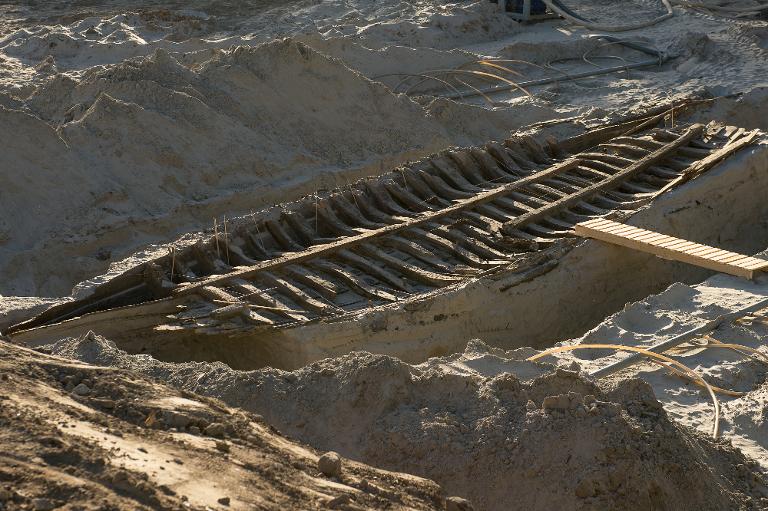 The capital of Estonia is perhaps not the place where one would expect to find the remains of medieval ships, but that is exactly what happened to a group of construction workers in Tallinn this week.

While working on the foundations for high-end apartments in a seaside area of the Baltic state’s capital, the men noticed something strange in the ground: the remains of at least two ships thought to be from the 14th-17th centuries.

“We were digging the ground, when we found some massive wooden pieces, and we decided this might be something interesting,” said Ain Kivisaar, spokesman for property developer Metro Capital.

They informed the heritage protection authorities, whose role over the coming weeks will be to recover the ships and find out their provenance.

“Today we know there are two wrecks, and there may be another, but we don’t know, we need to continue digging,” said Maili Roio of the National Heritage Board.

Archaeologist Priit Lahi said the find was important for shedding light on shipbuilding from previous centuries.

“At the time, shipbuilders used their own methods — it wasn’t very scientific. There weren’t project drawings like we have today,” he told AFP.

The discovery follows the unearthing of Viking-era ships on Estonia’s largest island, Saaremaa, in 2009.