Delhiites! Power to burn a hole in your pocket | Newsmobile
Tuesday, August 9, 2022

Home Cityscape Delhiites! Power to burn a hole in your pocket 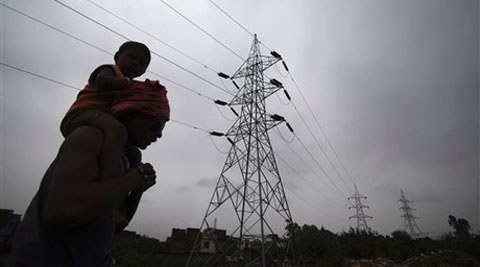 New Delhi: Power tariff in the national capital was on Friday hiked by up to six % by the Delhi Electricity Regulatory Commission (DERC) as it restored a surcharge to compensate the private electricity distribution companies for rise in power purchase cost.

Reacting to the DERC’s decision, the Aam Aadmi Party Government said it will ask the regulator to review the hike as it will put additional burden on the consumers.

The hike will be effective from Monday.

He said the surcharge will be to the tune of six per cent for consumers of BSES Yamuna Power Ltd and BSES Rajdhani Power Ltd while it will be four 4 per cent for those getting power supply from Tata Power Delhi Distribution Ltd.

The consumers in the New Delhi Municipal Corporation areas will have to pay 5 % surcharge.

Delhi’s Power Minister Satyendar Jain said the government will ask DERC to review the order. Sudhakar said the surcharge will be for last two quarters as well as the current quarter.

In an order on May 28, the APTEL had asked the DERC to pass on Power Purchase Adjustment Cost (PPAC) for two quarters (from October 2014 to March 2015) to the private power distribution companies within three weeks.

The APTEL was approached by the Tata Power Delhi Distribution Ltd in March.

The DERC had introduced PPAC in 2012 to help the private power distribution companies recover additional cost on account of increase in coal and gas prices. Delhi gets power from a number of gas and coal-based power generation plants. .