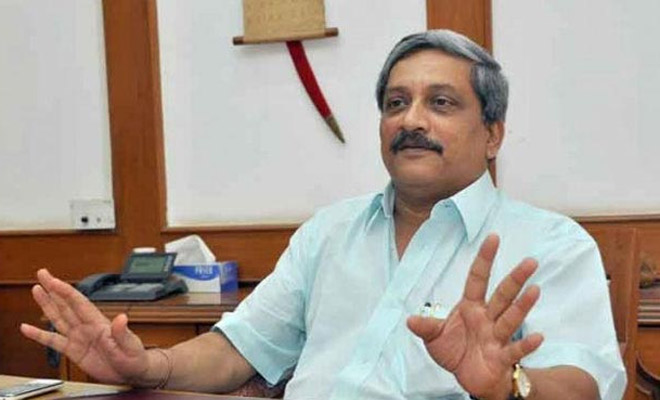 Attributing the Myanmar operation to “change in mindset”, he said, “If the thinking pattern changes, lot of things change. You have seen for the last 2-3 days. A simple action against insurgents has changed the mindset of the full security scenario in the country.”

Pakistan on Wednesday warned India against undertaking such a strike on its territory.

“India should not mistake Pakistan for Myanmar and our army is fully capable of responding to any adventurism,” Pakistan Interior Minister Chaudhry Nisar Ali Khan said.

There are several camps inside Pakistan which are used by terror groups for training, recruitment and launching attacks on India.

Khan’s statement came in response to Minister of State for Information and Broadcasting Rajyavardhan Singh Rathore’s remarks that military action in Myanmar to hit back at rebels who killed 18 soldiers in Manipur was a message to other countries. Rathore’s comments were interpreted as a warning to Pakistan.

“Those having ill designs against Pakistan should listen carefully that our security forces are capable of matching response to any adventurism,” he said.

Indian Army had undertaken a successful cross-border strike with the knowledge of Myanmarese authorities killing at least 38 insurgents who were part of the groups believed to be responsible for the ambush on June 4 that left 18 soldiers dead.

Meanwhile, Pakistan government and the Opposition parties in the neighbouring country have also decided to table a joint resolution in National Assembly against Modi’s statement in Bangldesh saying that his remarks were aimed at fanning hatred against Pakistan.

Pakistan had also called on the UN to take notice of India’s “open admission” of indulging in subversive activities to destabilise the country.

Back in India, a high level meeting is underway in the capital attended by Home Minister, Defence Minister, National Security Advisor and Deputy Army Chief. The senior leaders will discuss Pakistan’s reaction to the operation.