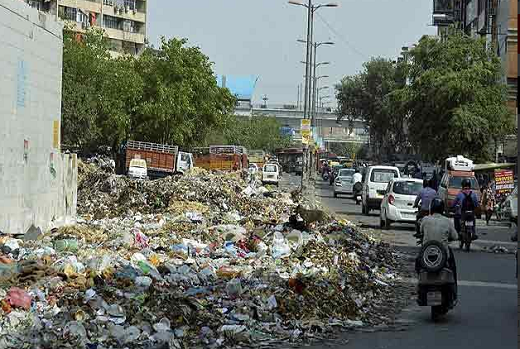 New Delhi: Bringing relief to residents in localities swamped with garbage, the sanitation workers of East Delhi Municipal Corporation (EDMC) on Friday called off their strike on a day when Delhi Lt Governor cleared the release of Rs 493 crore for the civic bodies.

Sanitation workers of EDMC had stayed off duty for the last 10 days over non-payment of salaries and the strike saw garbage piling up on the roadsides in many east Delhi localities.

Of the funds cleared by the Lt Governor, Rs 326 crore is to be released to NDMC while the remaining amount is for EDMC.

However, North Delhi Mayor Ravinder Gupta said that the amount of Rs 326 crore was not enough to clear the salaries of its employees up to May, 2015.

He also demanded that, besides the Rs 600 crore, the global share of Rs 300 crore for the quarter, out of Rs 1,200 crore annually, be also released for sustaining the civic services.