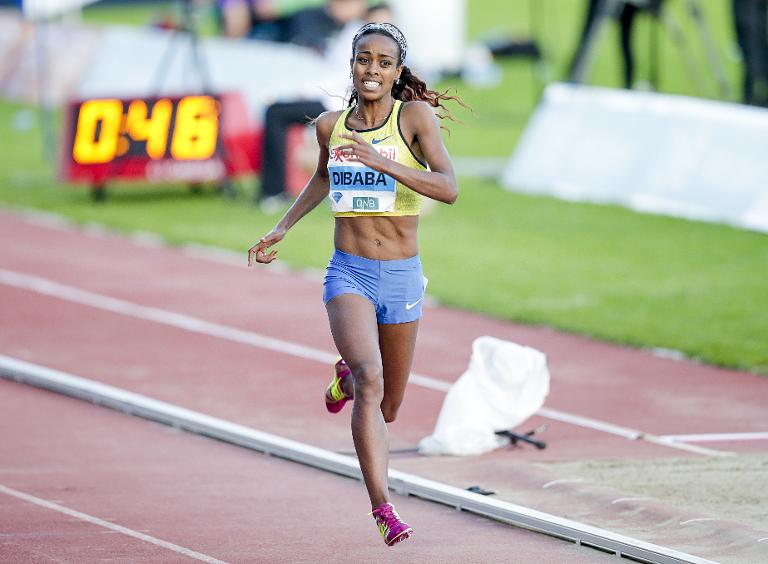 The celebrations of the Bislett Games’ 50th edition fell flat Thursday when anticipated world records in the men’s high jump and women’s 5,000m failed to materialise.

Ethiopia’s Genzebe Dibaba finished way off her target in the 5,000m after being off the pace for large parts of the race and could only finish in 14min 21.29sec

The high jump world record of 2.45m set by Cuba’s Javier Sotomayor back in 1993 is also still safely intact after five of the 16 men to have cleared 2.40m all failed on the night.

Qatar’s Mutaz Essa Barshim, the leading competitor this year with 2.41m to his name, was only third on Thursday with 2.33m.

Ukraine’s Bohdan Bondarenko was only fifth with the same height.

But even they were better off than Canada’s Derek Drouin (2.29m for 6th spot), Russia’s Ivan Ukhov (2.25m for eighth) and Ukraine’s Andriy Protsenki (2.25m for a ninth place finish).

China’s Zhang Guowei was the surprise winner with 2.36m.

Only one season-leading performance was recorded on the night — Jamaica’s Kaliese Spencer in the 400m hurdles in a time of 54.15sec.

The Bislett Games stadium has seen 54 world records fall since 1924.

In the men’s 200m, meanwhile, French sprinter Christophe Lemaitre celebrated his 25th birthday with victory in 20.21sec for his first career win at a Diamond League meeting.

Britain’s Greg Rutherford, the Olympic champion, won the long jump with a leap of 8.25m ahead of Michael Hartfield of the United States and Russiaâ€™s world champion Aleksandr Menkov.

â€œI jumped on Sunday in Birmingham and so I wanted to monitor my body and rest after 8.25m,â€ Rutherford told www.diamondleague.com.

â€œI was feeling that might be good to win, but there were lots of other jumpers who could attack my position so I stayed warm and was ready if something happened.

â€œNow I have three good weeks of training in front of me. So far I have been very satisfied with my season.â€