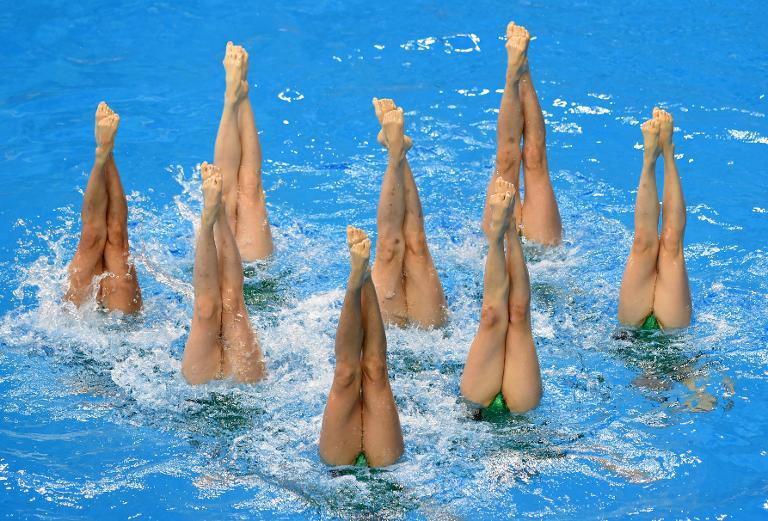 Austrian synchronised swimmer Vanessa Sahinovic was in an artificial coma Friday but her life was not in danger after being hit by a bus at the European Games in Azerbaijan, the Austrian Olympic Committee said.

“The 15-year-old was flown back to Vienna with multiple broken bones and was operated on all night. Her spine is badly injured along with her pelvis and thigh,” said the committee, which is known as the OeOC.

“Right now Sahinovic is in an artificial coma and will have to undergo further operations in the coming days. No exact predictions regarding her recovery can be given at this time,” it said in a statement.

Teammate Luna Pajer, also repatriated from Baku after being hit by the shuttle bus on Thursday on the pavement of the Athletes Village, has a broken bone but will “leave hospital soon”, the OeOC said.

A third Austrian synchronised swimmer, Verena Breit, sustained bruising on her right leg in the incident but returned to the Athletes Village soon after the accident.

“We are still under shock. It is difficult to comprehend how such a tragic accident — the girls did nothing wrong — took place on the pavement of the Athletes Village,” OeOC President Karl Stoss said.

The rest of the team remained in Baku, with sisters Anna-Maria and Eirini-Marina Alexandri, both 17, deciding to press ahead and “swim for Vanessa”, coming fourth out of 16 in their event.

“They were very brave, we are proud,” team counsellor Albena Mladenova said.

Some 6,000 athletes from 50 countries are expected to compete from June 12-28 in 20 sports during the first edition of the games billed as Europe’s answer to the Olympics and hosted by ex-Soviet Azerbaijan.