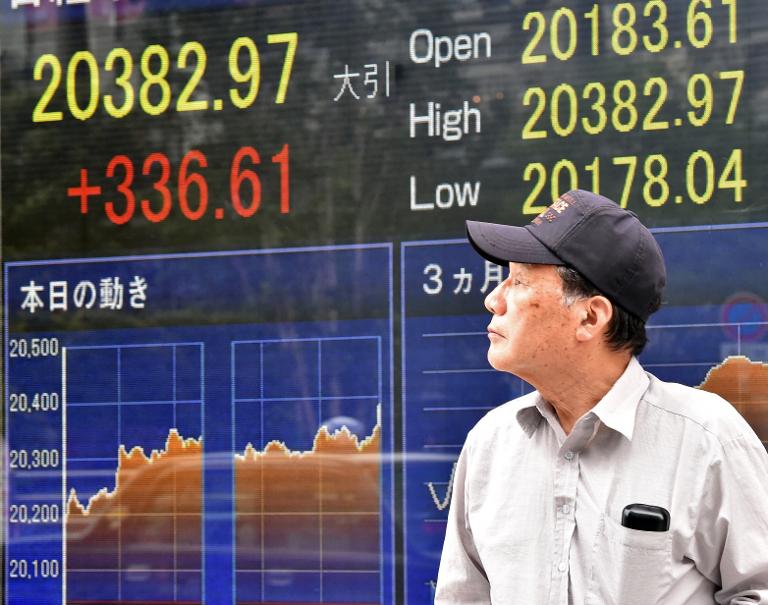 The euro retreated in Asia Friday on concerns about Greece’s bailout reform talks after the IMF walked out, while Japanese stocks ended higher thanks to a pick-up in the dollar against the yen.

Regional investors were given another positive lead from Wall Street following a better-than-forecast US retail sales report.

US shares jumped for a second consecutive day Thursday after the Commerce Department said retail sales in May rose 1.2 percent, better than the 1.1 percent gain forecast by analysts.

The figures are the latest in a string of data showing the world’s number one economy is back on the road to recovery after a wobbly few months at the start of the year caused by a severe winter.

Forex traders pushed the dollar higher after the news, which will give the Federal Reserve more ammunition to hike interest rates from their record lows.

“After the ‘deep freeze’ figures from January to March, the thawing of consumer spending is another positive for the US economy and a further reason to believe in lift-off in the Fed funds rate,” Evan Lucas, an IG markets strategist in Melbourne, wrote in a client note, according to Bloomberg News.

The euro edged lower after the IMF pulled out of Greece’s bailout talks, saying a deal was still far off after a five-month stalemate.

“There are still major differences between us in most key areas,” IMF spokesman Gerry Rice told reporters in Washington. “There has been no progress in narrowing these differences recently. Thus we are well away from an agreement.”

The fund said its Greek talks team had returned to Washington from Brussels and that the “ball is very much in Greece’s court right now”, adding key disagreements were on pensions, taxes and financing

Greece must reach a compromise with its creditors — the IMF, European Commission and European Central Bank — before the end of the month to unlock much-needed cash to service its debts. Failure to do so will lead it to default and possibly exit the eurozone.

“The fact the IMF walked out of talks overnight and flew straight back to the States doesn’t help sentiment or give you confidence a deal will be done by June 19. This will get messy,” Lucas said in the note.

Oil prices slipped after the International Energy Agency predicted a recent surge in global demand will end soon. US benchmark West Texas Intermediate for July fell 43 cents to $60.34 while Brent crude for July eased 34 cents to $64.77.

— Manila was closed for a public holiday.