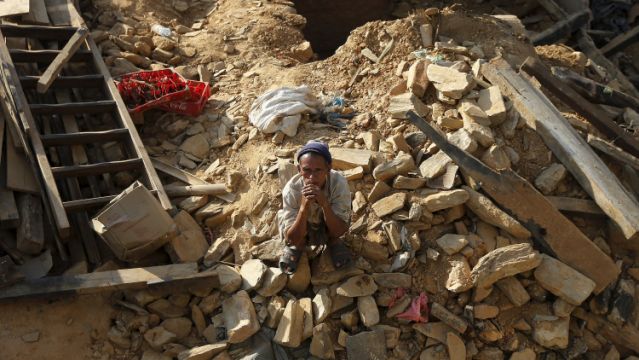 Kathmandu: Nepalâ€™s tryst with earthquakes arenâ€™t over by any chance. A 5.3 magnitude earthquake hit NepalÂ on ThursdayÂ night, scaring people out of their homes.

The quake is considered an aftershock of theÂ April 25Â temblor that devastated Nepal and claimed over 8,500 lives.

Sindhupalchowk was one of the worst-hit districts in the massive quake ofÂ April 25.

According to officials, the people have been experiencing three to four mild tremors almost every day in Nepal since the devastating earthquake.
Â