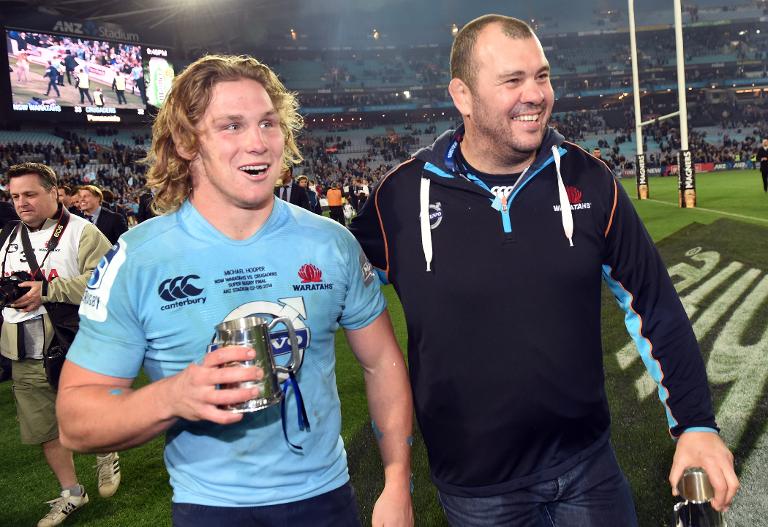 Defending champions New South Wales Waratahs and the ACT Brumbies are chasing maximum points this weekend to lock down a home semi-final and an easier path to this year’s Super Rugby final.

Both teams are on 47 points heading into the 18th and final round of regular season play with the Australian conference title up for grabs — and with it direct passage to a home semi-final in the play-offs on June 26-27.

Runaway leaders Wellington Hurricanes and the second placed team after this weekend will skip next week’s first stage of play-off finals.

The Waratahs face lowly Queensland Reds in Sydney while the Brumbies host seven-time champions Canterbury Crusaders, both on Saturday.

Michael Cheika’s Waratahs look to have the easier task against the Reds, having comfortably won their last three encounters, although there is always plenty of passion in these cross-border derbies.

The Waratahs may have hooker Tatafu Polota-Nau making his long-awaited return after five weeks out with a concussion injury.

The Brumbies, who are currently sixth and already qualified for the play-offs, often struggle against the Crusaders and have won only two of their last eight meetings.

Playmaker Matt Toomua will make his return from the bench, having missed six of the Brumbies’ last seven games with an ankle injury.

The Canberra-based franchise have named an unchanged starting line-up with Robbie Coleman to stay at inside centre and Henry Speight on the wing, despite rolling an ankle last weekend.

The Crusaders are out of the finals for the first time since 2001, but that’s no comfort for Brumbies coach Stephen Larkham.

“A team with nothing to lose is sometimes the hardest team to play against,” he said.

“They’ve had two wins in a row and so have we, so it should be a tough match, especially with (All Black greats) Richie McCaw and Dan Carter playing their last game for the club.”

The Western Stormers have already clinched the South African conference but lie two points behind the Waratahs and Brumbies, so are most likely to play in next week’s play-off qualifiers, but with home advantage.

The Stormers are bracing for a fierce South African derby against the Coastal Sharks in Durban on Saturday.

“There’s going to be a lot of emotion for them as they have players leaving and they’ll want to earn back the respect of their fans.”

The Sharks have confirmed that Springboks Willem Alberts and brothers Bismarck and Jannie du Plessis will be playing their last match for the Durban franchise before leaving to join overseas-based teams.

Skipper Conrad Smith will join centre partner Ma’a Nonu as the most capped Hurricane players when Wellington face the Waikato Chiefs in Napier on Saturday.

This will be Smith’s 124th appearance for the ‘Canes, a number Nonu brought up against the Otago Highlanders in Napier the previous weekend. Nonu is not playing against the Chiefs.

Smith achieved a milestone earlier this year when he and Nonu became the most capped midfield pairing for the ‘Canes, while last week he also became the most successful Hurricanes’ captain, winning 33 matches in charge.

In this weekend’s remaining games, the Blues face the Highlanders in Auckland, the Melbourne Rebels have home advantage against Western Force, and the Northern Bulls take on the Central Cheetahs in Pretoria, with South Africa’s Golden Lions having a bye.